The New Zealand women's basketball team opened their final Olympic qualifying tournament with a 70-52 loss to France in Nantes and now face a must win game against Cuba tomorrow morning. 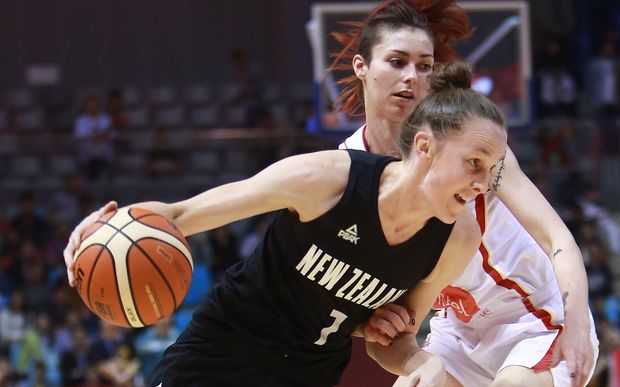 The Tall Ferns led the world number four ranked French 29-27 at half time and were down 52-46 at the three-quarter time.

However they ran out of steam and were outscored 18-6 in the final quarter.

Tall Ferns coach Kennedy Kereama congratulated France on an excellent second half but felt his team went away from what was working in the first half.

"France were a lot bigger than us, they pounded it inside, we expected it, we prepared for it but we didn't execute for 15 minutes of that game which was disappointing. Our focus now turns to Cuba who we believe, if we play as well as we did for 25 minutes and some of this game, we give ourselves a chance.

"We know if we play 40 minutes of basketball we give ourselves a chance against anybody. We know if we carry out our game plan and execute we can compete."

Toni Edmondson felt French centre Isabelle Yacoubou was the difference, "She was unstoppable, her offensive rebounding and her presence in there tonight was probably what decided the match."

Yacoubou had 19 points and 11 rebounds.

"I was really proud of our group for probably two thirds of that game. It was disappointing that we lapsed for about the last couple of minutes of the third quarter and they really stepped on us," she said.

The Tall Ferns now have a short turn around having to face Cuba in a must win game just 18 hours later.

Toni Edmondson top scored with 10 points and had 6 rebounds.

The top two teams from each pool qualify for the quarter-finals.

The top five teams from the tournament qualify for Rio.