There will be no repeat of the problems experienced by Brendon McCullum when he reported a match-fixing approach, says the International Cricket Council. 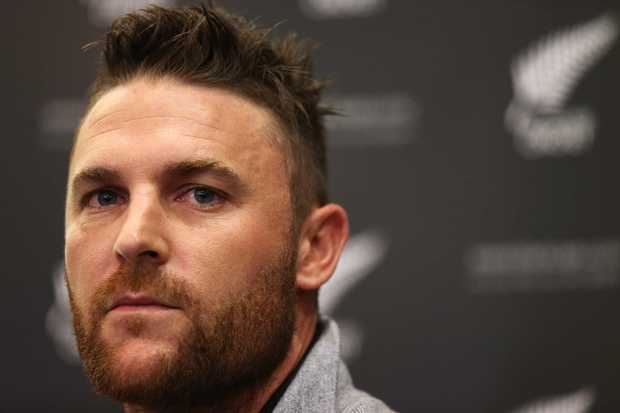 The former Black Caps captain used Monday's Cowdrey Lecture at Lord's to reflect on his experience after approaching the ICC in 2011 with allegations that one-time team-mate Chris Cairns had approached him to fix matches.

Cairns was cleared of charges of perjury and perverting the course of justice arising from the original match-fixing investigation, following a trial at Southwark Crown Court at which McCullum was called as a witness.

The latter was critical, during his lecture at Lord's, of what he termed the ICC's "casual" evidence-gathering process - he had to give his statement to the governing body on two separate occasions and then separately to the Metropolitan Police, a fact seized on by Cairns' defence team.

McCullum's evidence to the ICC was also "leaked" to the Daily Mail in 2014, leading him to say in his lecture: "It goes without saying that if players do not have confidence in the organisation, they will be reluctant to report approaches and the game is worse off."

The ICC insisted it was not the source of the leak, and added that the anti-corruption structure as a whole had been substantially revamped since McCullum's experience.

In a statement to PA Sport, an ICC spokesman said: "The ICC commended Brendon McCullum two years ago - and continues to do so today - for his brave, courageous and principled stand against corruption in cricket.

"The ICC also understood and shared his dismay at the leak of his confidential statement, which prompted a thorough and detailed investigation by the ICC.

"While the probe proved that the origin of the leak was not from within the ICC, it failed to establish beyond doubt the actual source. Nevertheless, the ICC has already put strong measures in place to ensure this type of incident is never repeated."

The England and Wales Cricket Board declined to comment in response to McCullum's criticism of its treatment of Lou Vincent, who also testified at Cairns' trial.

Former New Zealand batsman Vincent was handed 11 life bans from cricket by the ECB after admitting to his own part in match-fixing.

McCullum labelled Vincent's treatment "callous" and said: "It is vital that players found guilty of offences, having acknowledged wrongdoing, are shown a degree of clemency - failing which there seems to be very little incentive for them to come forward."