Speaking at the Marylebone Cricket Club's annual Cowdrey lecture at Lord's, McCullum accepted he should not have waited three years before reporting Cairns to the sport's international governing body, but was also critical of the ICC's handling of his evidence.

McCullum said when he spoke to John Rhodes at the ICC's anti-corruption unit in 2011, he was surprised by how it was handled. 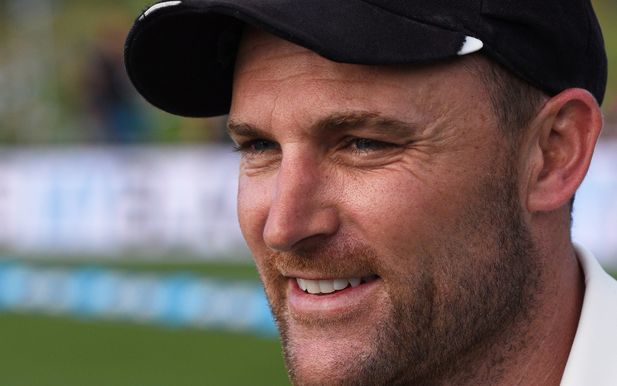 "Rhodes took notes. He did not record our conversation. He said he would get what I said down on paper and it would probably end up at the bottom of the file with nothing eventuating.

"Looking back on this, I am very surprised by what I perceive to be a casual approach to gathering evidence.

"I was reporting two approaches by a former international star of the game and was not asked to elaborate on anything I said and I signed a statement that was essentially nothing more than a skeleton outline."

He said players deserved better from the ICC, and the evidence gathering exercise needed to be more thorough and professional in the future.

"When I made my first statement to the ICC my impression was that it would be put in the bottom drawer and never see the light of day again."

McCullum said he was scared and out of his depth during Cairns' perjury trial in London last year, where he was called to give evidence but said: "I believe I had a moral obligation to tell the truth - and I believe that the interests of the game of cricket and common decency demanded my attendance."

McCullum also criticised the 11 life bans given to his former team-mate Lou Vincent.

McCullum said Vincent's mental health problems at the time of his corruption from 2008 to 2012 - as well as his full confession to match fixing - deserved some clemency.

"If players co-operate with the authorities and provide the game with a rare and critical insight into the workings of this pernicious influence, then there must surely be something that can be done beyond giving them the maximum ban available.

"I have no doubt that the ECB's severe punishment of Lou has robbed the game of a golden opportunity to have him provide education to players, something I feel could have made a difference in the future. Further, it ignored his extreme vulnerability in a callous way."