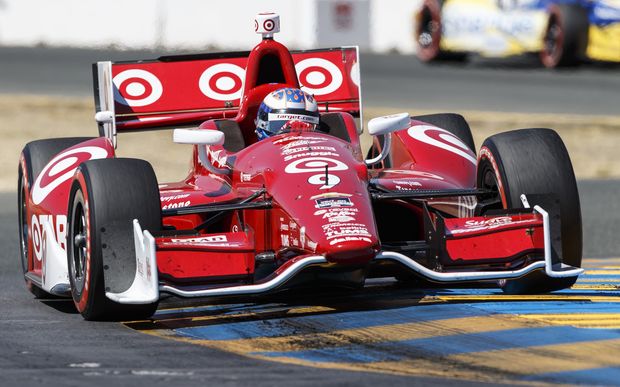 Dixon, the 2015 Indy 500 pole sitter and reigning IndyCar Series champion, failed to make much of an impression on the leaders as his crew was forced to make an engine change in his Chip Ganassi Chevrolet in just 64 minutes between practice and the qualifying session.

Canada's James Hinchcliffe turned in a fearless performance grabbing pole one year after being critically injured in a crash during practice at the famed Brickyard.

Hinchcliffe will be joined on the front row for next Monday's centennial showcase by two Americans, Josef Newgarden and 2014 Indy 500 winner Ryan Hunter-Reay.

Two days of qualifying at the sprawling Indianapolis Motor Speedway reached a pulsating climax when Hinchcliffe, the last car out onto the track, stormed around the 2.5 mile oval in a four-lap average speed of 230.760 mph (371 kph).

It was a big day for the little guys at the Speedway, as Hinchcliffe and Newgarden, driving for two of IndyCar's smaller outfits, upstaged two of the sports giants Penske Racing and Chip Ganassi Racing.