New Zealand Warriors hooker Issac Luke says Kiwis coach Stephen Kearney should leave him out of the Kiwis squad for next weekend's Anzac Test against the Kangaroos. 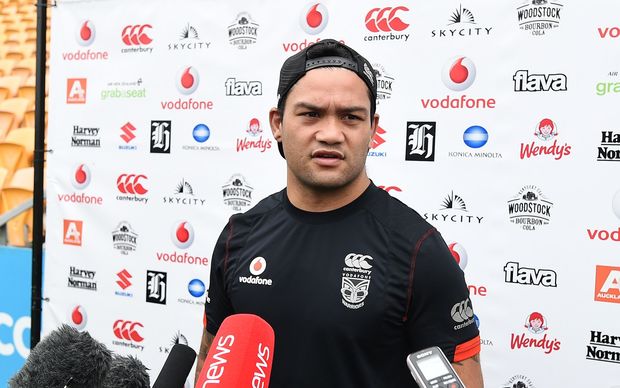 Luke's stark admission came off the back of a poor season so far for the struggling Warriors, who sit 13th on the 16-team National Rugby League ladder.

The Warriors were humiliated 42-0 by the Melbourne Storm on Monday, their biggest loss of the season.

Luke, who co-captained the Kiwis during last year's tour of England, said he doesn't deserve to play for the national side.

"To be perfectly honest, If I was Stephen Kearney I would probably leave me out of this [Test]," the 28-year-old said.

"I'm not happy with my performances. I have been pretty up and down the whole season. It hurts but I'd rather him have a (player) comfortable that he's looking forward to take on the Aussies."

"That's something I've had to really work hard every year for it and this year I don't think I've matched the requirements for the Kiwi jersey."

Luke went on to say that he's willing to play in the Warriors second grade New South Wales Cup side, if it meant he found his form again.