The Wellington Phoenix have signed striker Hamish Watson on a one-year contract after the 23-year-old impressed as an injury replacement for front-line forward Roy Krishna.

A former member of the Phoenix academy, Watson played two A-League games for the club before going to England where he played for Grimsby Town and went on loan to Gainsborough United. 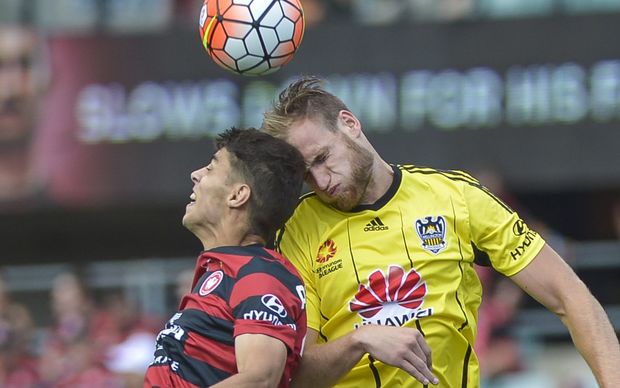 When things didn't work out in England he returned to New Zealand to join Hawke's Bay United.

In his second outing for the Phoenix Watson scored two goals against the Newcastle Jets before getting himself sent off for kicking the ball away at a free-kick.

That blemish aside, Merrick said Watson had impressed since his return.

"It is great to have signed as a fully-fledged professional," Watson said.

"The right people want me at the club and Ernie has been really supportive.

"I was surprised when I got a second chance with the Phoenix and I am now determined to make the most of it.

"The spell overseas definitely helped me. It was tough at the time but I wouldn't be talking to you today if it hadn't improved me.

"This is a great chance for me and I want to make myself the No 1 striker at the club.

"The priority is to score goals and repay Ernie Merrick for the faith he has shown in me."

Watson's career received a further boost this week when he was asked to attend an All Whites camp in Auckland during May.