Two tries from the centre Blake Ayshford have helped the Warriors to a narrow 24-20 win over the Canterbury Bulldogs in their NRL match in Wellington. 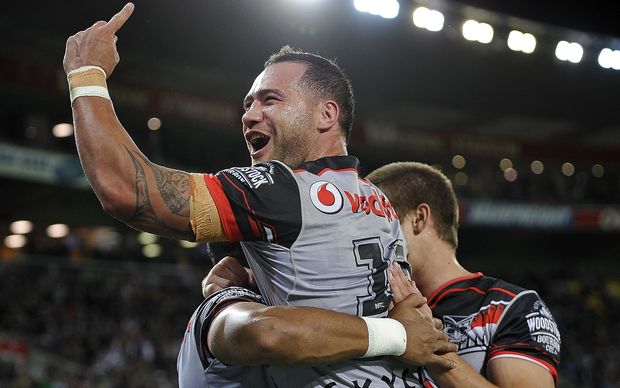 Look back at commentary of the match here.

The Warriors outscored the Bulldogs five tries to four and came back to win the match in the second half after trailing 14-8 at halftime.

The victory was the Warriors' third of the season and only their second in nine games at Wellington.

The Warriors winger David Fusitua scored the opening try of the game in the right corner after running onto a skip pass from Shaun Johnson.

A short ball from Johnson served up the Warriors second try four minutes later when Ayshford slipped out of a tackle and over the line.

The Bulldogs quickly hit back after William Hopoate threw a long ball out to Sam Perrett who dived over in the right corner.

Perrett was in for his second soon after as the winger cartwheeled through a tackle and over the line.

Perrett laid on the Bulldogs' third on the stroke of half-time, by coming inside off his wing and dropping a short pass back outside to Kerrod Holland who dotted down in the corner.

The Bulldogs led 14-8 at the start of the second half, but the Warrior's Jonathan Wright eroded their advantage in the 46th minute when he latched onto a Johnson cross-kick and fell over the line.

Tuimoala Lolohea put the Warriors back in front three minutes later after darting down the blindside from dummy-half and crashing over in the tackle from 10 metres out.

Blake Ayshford scored his second in the 63rd minute by completing a well worked move deep in Bulldog's territory. 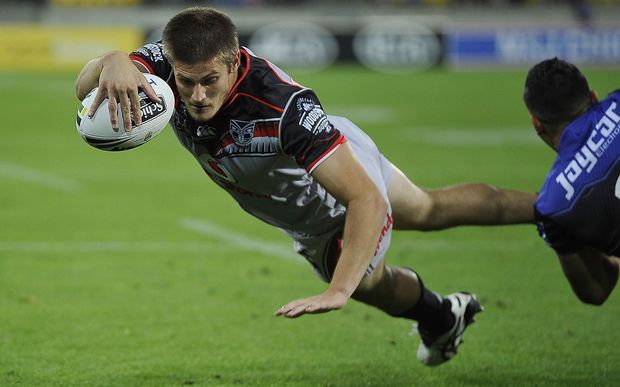 Holland closed the gap with his second try five minutes from full-time, but the Warriors held off a desperate finish from the Bulldogs to claim the win.

The result was soured by an injury to the Warrior's fullback and Kiwis star, Roger Tuivasa-Sheck, who limped off the field in the first-half with a knee injury.