Reigning world champion Lewis Hamilton has been given a five-place grid penalty for this weekend's Formula One Chinese Grand Prix due to a gearbox change.

Mercedes replaced the gear box which was damaged in Bahrain. 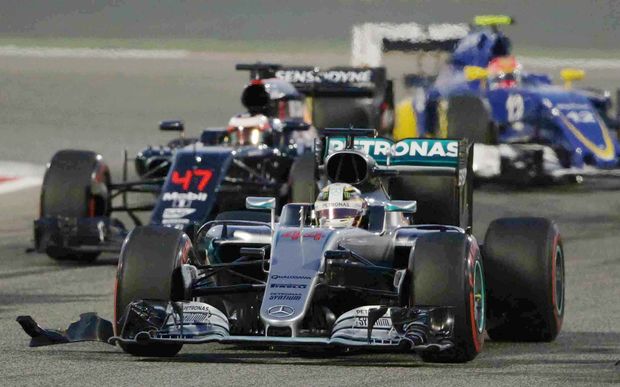 Lewis Hamilton at the Bahrain Grand Prix where he had gear box problems. Photo: Photosport

A driver must use a single gearbox for six consecutive events and the penalty means the highest Hamilton can start the Shanghai race is from sixth on the grid.

That puts Hamilton on the back foot heading into a race in which he hopes to score his first win of the season and end team-mate Nico Rosberg's run of five-successive victories.

Hamilton trails Rosberg, winner of the opening two races of the season, by 17 points in the standings.

He last won at the U.S. Grand Prix in October, when he also clinched his third world championship.