Formula One will revert to its 2015 qualifying format at next week's Chinese Grand Prix and for the remainder of the season. 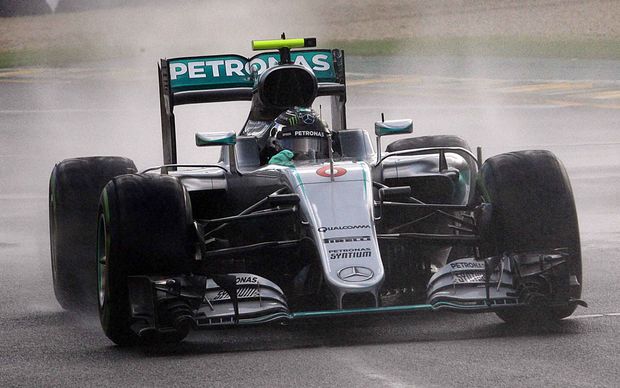 The change will come into force in time for next weekend's Chinese Grand Prix after the FIA decision it is rubber-stamped by the F1 Commission and World Motor Sport Council bringing an end to the failed experiment to shake up starting grids.

This year's elimination format, which meant drivers were knocked out at timed intervals during the three sessions, was approved hurriedly before the start of the season to add excitement.

However, drivers were eliminated while sitting in the garages in the final stage rather than battling for pole on track as in the past.

The sport had looked set to retain the elimination format in China after teams rejected a compromise backed by the FIA.

Todt and Ecclestone had ruled out going back to the old system at a meeting with the teams in Bahrain last weekend.

Williams deputy-principal Claire Williams said on Monday that Todt and Ecclestone believed "going back to 2015 would create more confusion than is necessary".

Teams agreed at the Bahrain Grand Prix to vote by today on a compromise solution, which would have seen each driver do at least two laps in each of the three phases of qualifying with the times aggregated.

The argument was about more than finding the best way to line up 22 cars on the starting grid, however.

In a sport that can crunch vast amounts of data in milliseconds, it comes down to power and who really calls the shots, the teams or the FIA and Ecclestone.

World champions Mercedes and Ferrari supply eight of the 11 teams, giving them more muscle in decision-making.

"The FIA should write the regulations and say 'these are the regulations. If you want to enter the championship you enter. If you don't, don't," Ecclestone told reporters in Bahrain.

He said the change to the elimination qualifying format came at the request of promoters, keen for more action during the early phases of the Saturday session, and a desire to shake up the starting grid.

Dominant Mercedes have won 34 of the last 40 grand prix's and eight in a row.

Any change to the 2016 regulations requires the unanimous approval of the F1 commission, which groups the teams, commercial rights holder and governing body as well as other stakeholders.