The Crusaders winger Johnny McNicholl will head to Wales at the end of this year to play for the Scarlets Club in Llanelli.

The Crusaders winger Johnny McNicholl will head to Wales at the end of this year to play for the Scarlets Club in Llanelli.

McNicholl, who is playing his fourth season with the Crusaders, said he had been approached by the Scarlets Club and agreed to a two and a half year contract beginning at the end of the year.

"This is a great opportunity to experience living and playing in a different part of the world. I am at a stage in my life that I would like to do some more travel while I don't have family commitments back in New Zealand, and I am so fortunate to be able to do that with my rugby career," McNicholl said. 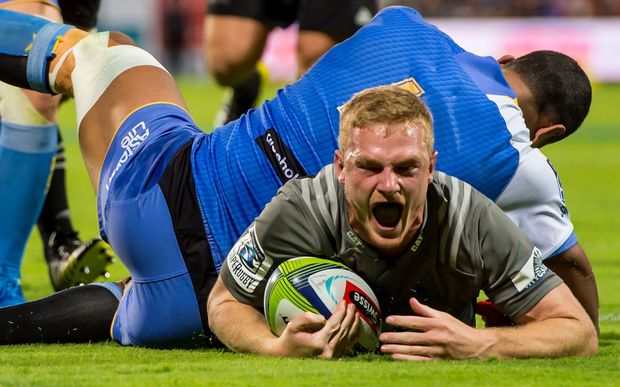 "The Scarlets club appeals because they are a successful team that plays a similar brand of rugby to the Crusaders, and working under a Kiwi coach in Wayne Pivac will make that transition easier," he said.

The Crusaders coach Todd Blackadder said McNicholl would be missed.

"Johnny is a rare talent. His speed and ability to break through tackles has never been on better display than in the last couple of games, and we are loving seeing Johnny back to his best after a frustrating run with injuries over recent years."