The American golfer Jordan Spieth withstood heavy winds and even stiffer challenges to remain atop the Masters leaderboard after three rounds. 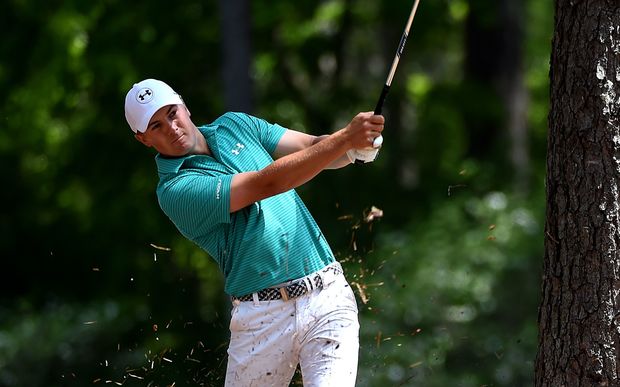 Spieth will take a one-shot lead into the final round as he bids to complete a successful defence of his Green Jacket.

The 22-year-old Texan has now held the outright lead for a record seven consecutive rounds and if he can remain there one more day will join Tiger Woods, Nick Faldo and Jack Nicklaus as the only men to claim back-to-back Masters wins.

Spieth, who began the third round clinging to a one-shot lead, ended it in the same position after a wild afternoon at a windswept Augusta National, carding a one-over 73 that featured two double-bogeys on the back nine.

An 80th Masters that had looked ready to turn into a coronation will instead be up for grabs with an eclectic mix of challengers, including a Masters debutant, a 58-year-old former champion and a 24-year-old Japanese sensation all lurking.

American rookie Smylie Kaufman, who still lives with his parents, had the lowest round of the day, returning a three-under 69 to join Spieth in Sunday's final pairing.

Sitting two off the pace are evergreen German Bernhard Langer, a two-time Masters winner who showed he still knows his way around a tricky Augusta layout, carding a two-under 70, and Hideki Matsuyama, playing in his fifth Masters, who had 72.

World number one Jason Day of Australia also moved into contention with a 71 and will start the final round just three strokes off the pace. 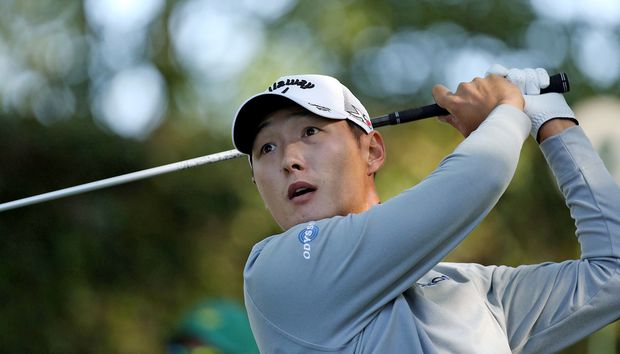 Danny Lee during the 2nd round of the Masters, 2016. Photo: PHOTOSPORT

Lee tumbled from from 3rd into a tie for 23rd with a round that featured eight bogies, one double bogey and three birdies.

Now at five over the championship and eight shots off the pace, Lee's good work in the first and second rounds looks totally undone.