The Blues fought off the Jaguares 24-16 in the Argentinian team's first Super Rugby match in New Zealand. 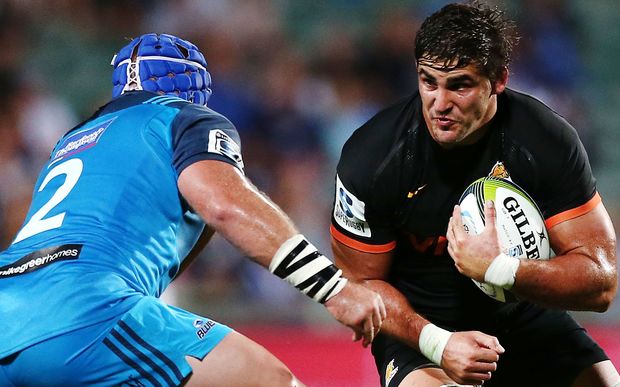 Playing at Albany on Auckland's North Shore, the home side outscored the visitors two tries to one in a dour affair that Blues captain James Parsons said "wasn't pretty".

"We knew that was going to be the case, that's the way they like to play. We managed to match it and hold them out for 80 and I'm extremely proud of the group."

The Jaguares opened the scoring with two penalties before Blues number eight Steven Luatua scored the game's first try in the 31st minute.

Just before the break, the fly-half, Ihaia West, slid over the line for the Blues' second, after latching onto a pop-up pass from his tackled centre Renee Ranger. 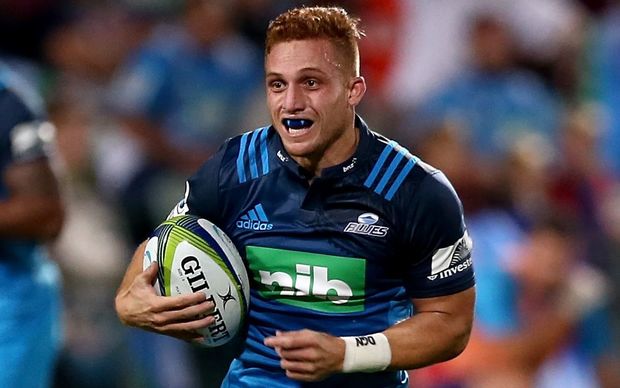 Ihaia West on his way to the try line. Photo: PHOTOSPORT

Behind 15-6 at half-time, Jaguares replacement Gonzalo Bertranou dived over from close range for the visitor's first try on New Zealand soil in the 62nd minute.

West kicked 14 points in the stagnant encounter, which ended in a bad tempered push and shove.