There are currently five Australian franchises in the 10-team competition and officials are encouraged by the quality of submissions from clubs looking to sign on for 2017. 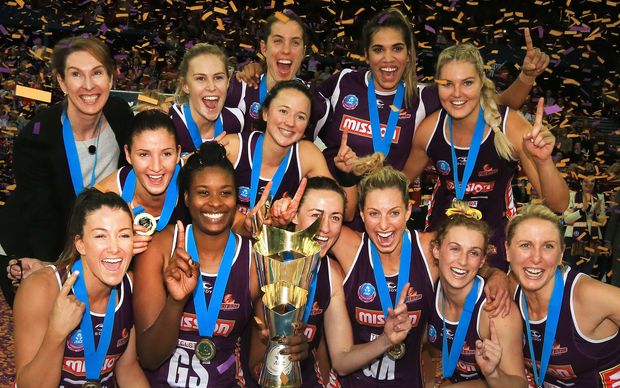 The first outcome of the review was a call for expressions of interest for additional Australian franchises.

David Lee, Netball Australia general manager of marketing and acquisition, said the organisation hoped to make an announcement in the next few months.

"Expressions of interest closed a few weeks ago," Lee said.

"We had 11 in total. And some really strong, high-profile responses."

The Diamonds and Queensland Firebirds captain Laura Geitz said although there was some trepidation about the expansion, players would support whatever the code believed would grow the sport.

"For myself and the other girls, we support a competition that will continue to grow the game bigger and better and I suppose we have to have confidence and faith in the people making the decisions," Geitz said.

The New South Wales Swifts captain Kimberlee Green said she believed there was sufficient talent to ensure the teams would be successful.

"We just have to back whatever is good for the sport and ultimately we just want our players to be professional," Green said.

"We've got so many players in New South Wales that could feed into those teams to make them really successful so it's exciting."

The new season starts on Friday night when the Auckland based Northern Mystics host the Invercargill based Southern Steel while in Australia the Queensland Firebirds, who're aiming to become the first team in 9 years to win consecutive titles, play the Canterbury Tactix.