WRC driver Hayden Paddon is to compete in two rounds of the New Zealand Rally Championship this year. 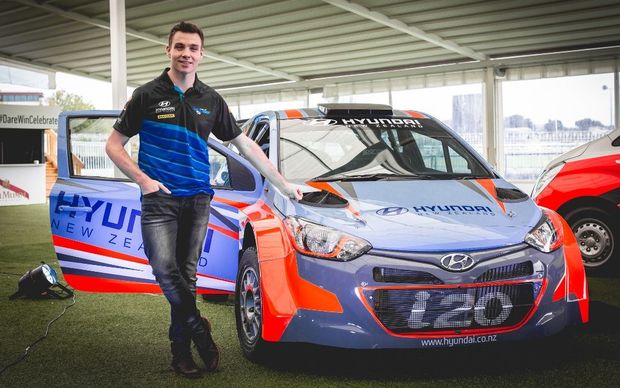 "Together, we are all working to provide more opportunities for people in New Zealand rallying and this new car will form a major part of this project while also allowing co-driver John Kennard and I to, once again, enjoy two of the best rally events and rally roads in the world."

The partnership has resulted in the formation of the Hyundai New Zealand Rally Team, which will swing into action to support Paddon and Kennard's entry into two of New Zealand's biggest rally sport events - Rally Otago, 8-10 April and the International Rally of Whangarei, 29 April to 1 May.

The new Hyundai i20 has been built and developed in conjunction with well-known rally driver and fabricator Andrew Hawkeswood of Force Motorsport. Its chassis is constructed according to AP4 (Asia Pacific) regulations, which Paddon believes will be critical to the future of New Zealand rallying.

"AP4 technical regulations provide for a new, more affordable generation of four-wheel-drive (4WD) turbocharged rally car which is eligible for competition in both national and international events within the Asia Pacific region," Paddon says.

"Otago and Whangarei are my two favourite rallies in the world. It's also exciting to be debuting the new AP4 Hyundai chassis along Force Motorsport's two other AP4 cars. The car is still early in development, but has a lot of potential and we look forward to working closely with Force to help develop it into a rally-winning car. Like any new formula, it will take a little longer for this car to catch on, but I believe that value for money is the key with this sort of car. While not at the same level, it has the same design principles and look of a WRC car."

Another vital aspect of the Hyundai New Zealand Rally Team will be the involvement of students from the Pinnacle Programme, a mentoring programme for talented, passionate teenagers 15-18 years old and headed by netball great Bernice Mene, in the upcoming events.

"This is a wonderful new phase of our partnership with Hayden," says Sinclair. "To see our new Hyundai i20 rally car in action in the hands of Hayden and John on the best gravel rally roads in the world, running under the Hyundai New Zealand Rally Team banner, will be fantastic for everyone at Hyundai New Zealand and our dealer network."

Of the future beyond these two initial events for the New Zealand-focused rally project, Paddon says: "This a long term project. Between Hyundai New Zealand and our newly-launched Paddon Foundation, we will look to have other driver and co-drivers involved in the future."

Paddon is 5th in the drivers championship after three rounds of this year's WRC.