Russia's sports minister said he was prepared to resign over a raging doping scandal in his country which could cost more Russian athletes their places at the Rio Olympics after "tens" more cases of cheating were exposed in wrestling. 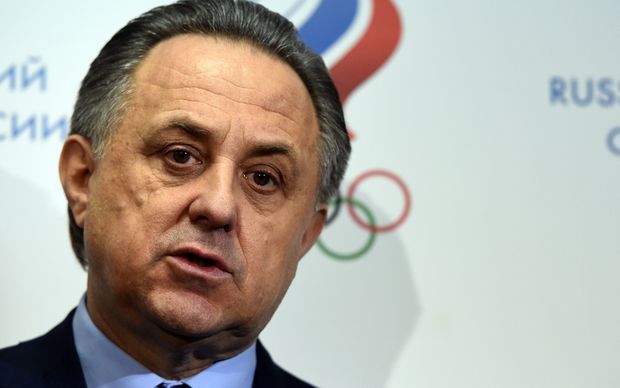 The disclosure came a day after four Russian athletes were exposed as having tested positive for the banned drug meldonium, further damaging Moscow's efforts to overturn a doping suspension in time for the Olympics starting in Rio de Janeiro on Aug. 5.

Russian President Vladimir Putin said on Tuesday his sports minister, Vitaly Mutko, would remain in his position despite the scandal. Mutko later said, however, that he was prepared to end his eight years in the job if asked to do so.

"The country has a leadership who take these decisions. When I see that the matter concerns me, I will leave my post," R-Sport news agency quoted him as saying.

Russian sport was thrown into turmoil last year when a report by the World Anti-Doping Agency (WADA) exposed endemic cheating and corruption in Russian athletics.

Russian athletes have been suspended from international competition and will miss the Olympics if the country cannot get the ban overturned -- a humiliating blow to the pride and prestige of a sporting superpower.

Since then, at least 18 Russian sportsmen and women have tested positive for meldonium, complicating Russia's drive to prove itself compliant with international anti-doping standards.

But he said the sport's doping problem was widespread.

"There are tens of positive tests in the team, everyone is in a bad condition psychologically," Mamiashvili told R-Sport.

No female Russia wrestlers have tested positive for meldonium, R-Sport reported. The WFR declined to comment.

Talking to the state-owned TASS news agency about his team's chances of competing at the Rio Games, Mamiashvili said: "It may happen that simply none of us go."

Meldonium, which is used to treat diabetes and low magnesium levels, was banned by WADA on Jan. 1 after being linked to increased sporting performance.

It is particularly popular in Russia and the former Soviet Union, having been invented in Latvia and used to help Soviet soldiers fight at high altitude in the 1980s.

R-Sport reported on Monday that around 40 Russian athletes from more than 10 different sports had tested positive for meldonium in the first two months of 2016.