Qatar may house thousands of football fans in Bedouin-style tents in desert areas close to stadiums during the 2022 World Cup as tumbling oil prices have forced the tiny Gulf state to delay projects, including building hotels. 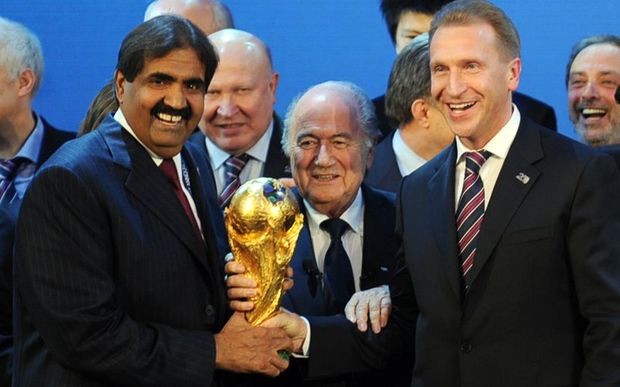 Most of the expected 500,000 fans are expected to stay in hotels and apartments but contrary to Qatar's World Cup bid in 2010, when it said it would create more than 55,000 rooms, authorities said in January that 46,000 rooms would be ready.

FIFA's requirement was for 60,000 rooms to be available.

Organisers are holding up the tent idea as a creative and culturally authentic way for Qatar to meet FIFA requirements.

"At the heart of this World Cup is a commitment to showcase the hospitality and friendship of the Middle East. As a result, we are actively researching the concept of supporters sleeping under the stars," a spokesperson for Qatar's World Cup Supreme Committee told Reuters without giving further details.

Since winning its bid, Qatar has spent tens of billions of dollars on upgrading infrastructure and has built scores of hotels and apartment complexes but some projects have stalled including a $12 billion bridge and underwater tunnel link across Doha bay and building at least two hotels in the capital.

A Supreme Committee spokesperson said Qatar was on track to deliver the minimum number of hotel rooms required by FIFA.

Desert camping, a popular winter activity for Qataris, who are known for assembling luxurious sites among the sand dunes, could also help allay concerns about thin occupancy after the event, analysts say.

The Supreme Committee did not say if the camps would serve as the specially created "fanzones" in which conservative Muslim Qatar has said fans will be allowed to consume alcohol.

Public drinking of alcohol is banned in Qatar, which also limits the sale of alcohol primarily to luxury hotels.

Qatar is still debating how to best balance the country's cultural values with FIFA's requirements for the tournament.

Qatar is also looking at promoting private letting services such as Airbnb and putting up spectators on cruise ships docked along the coast, a government official said.

If fans choose to stay in neighboring countries, such as the UAE and Bahrain - where hotel rooms and alcohol may be more readily available - and fly in to watch matches, that could further reduce a potential strain on accomodation.

Some Qataris are critical of the furious pace at which World Cup construction is happening.

"In the past five years the number of hotel rooms has doubled, now they are looking at doubling them again," one former Qatari diplomat said. "People are asking: 'How sustainable is this?', 'Once the cup is over what do we, as Qataris, really need with all these hotels?'"