The New Zealand men's hockey team have drawn 1-1 with Korea in the fourth and final test at Auckland. 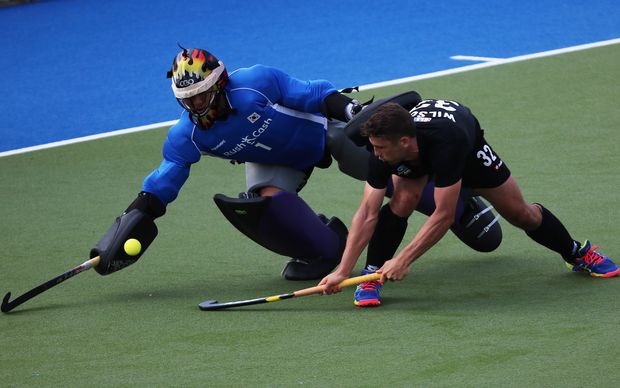 Following on from Saturday's 6-1 result that gave New Zealand the series win, the Black Sticks found it tougher work on Sunday against a more structured Korean side.

Nic Woods' 13th minute penalty corner drag flick equalised the score after an early Korean goal, and that was how it would remain for the rest of the game.

The Black Sticks come away with the series thanks to two wins and two draws, while midfielder George Muir brought up his 50th test for New Zealand during Sunday's game.

Assistant coach Bryce Collins said it was a much tougher task today with Korea desperate for a result in the final fixture.

"Korea were much better in this game than they have been, we struggled in the first quarter and they had a lot of ball which frustrated us," he said.

"We come away from this series with a lot of positives and that will help our development a lot going forward towards Rio.

"The ability to score goals has been a big focus for us so to come away with two big wins [7-1 and 6-1] highlights we're heading in the right direction but we still have a lot of work to do."

The Black Sticks now get back into training ahead of the Sultan Azlan Shah Cup in Malaysia from April 7-17, where they are defending champions having beaten Australia in last year's final.