The Chiefs only just managed to hold off Argentina's spirited Jaguares 30-26 in Buenos Aires. 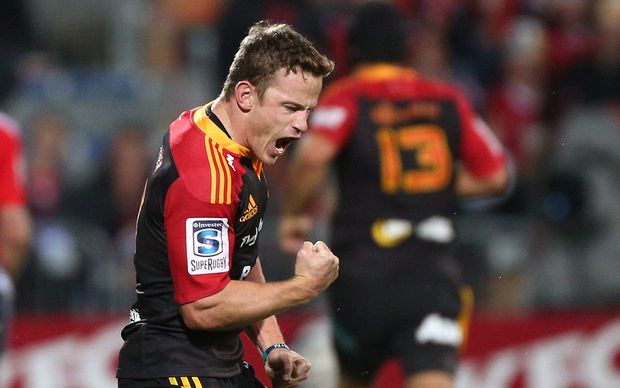 Chiefs replacement half-back Brad Weber scored a try three minutes from time in a frantic finish, denying the Jaguares a comeback victory in what was a debut match for Super Rugby in Argentina.

A 70th minute try from Jaguares half-back Martin Landajo and a length-of-the-pitch effort from replacement back Matias Moroni three minutes later had given the home side a 26-23 lead.

But the Chiefs never lost their cool, despite a hostile crowd, and worked their way back up the pitch, with five eighth Aaron Cruden making a break and sending Weber across for the winning try.

Earlier, Chiefs coach Dave Rennie said he had been preparing his side for a unique and intimidating atmosphere at the stadium in Buenos Aires.

The crowd would be like nothing his players had seen before, Rennie said.

"What we've geared the boys up for [is] it's going to be really noisy, the crowd won't spend much time in their seats," he said.

"They'll be up, they'll be dancing, they'll be making lots of noise and so on and we're going to have to feed off that.

"Often people talk about trying to silence the crowd, but you know that's not going to be possible - they're going to have a party regardless."