Wayne Smith has committed his future to the All Blacks after being persuaded to stay by head coach Steve Hansen. 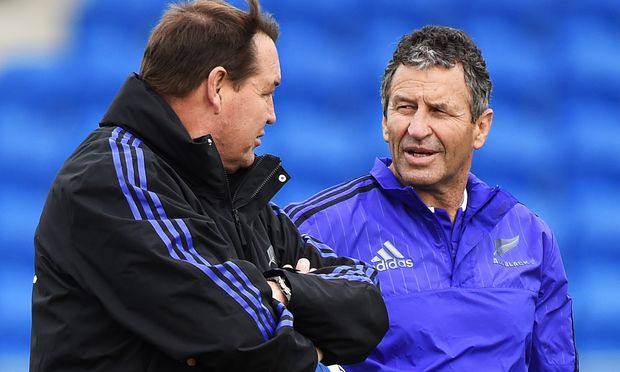 Smith, whose involvement with the All Blacks stretches back to 1998, re-joined the All Blacks last year for their successful defence of the Rugby World Cup in England, with a focus on defence and turnover attack.

He will continue with those areas and also take on a more expanded role working on skills coaching, together with Assistant Coach Ian Foster, following the departure of Skills Coach Mick Byrne.

Smith said after initially deciding to take a break following last year's successful Rugby World Cup campaign, conversations over the summer break with All Blacks Head Coach Steve Hansen had convinced him to continue with the team.

"Steve presented a pretty compelling case, especially with the team facing the challenge of rebuilding and continuing its growth this year. It was a huge campaign last year and I was ready for a break, but I realised that it would be an exciting time to still to be involved.

I love this team and want to do everything I can to help them succeed. It's going to be a big year and I'm looking forward to it," Smith said.

Steve Hansen said: "It goes without saying that I'm over the moon to have 'Smithy' recommit to the All Blacks. He's rightly recognised as one of the world's best coaches.

What he brings to the table is invaluable to the All Blacks, and he's highly respected by everyone in our group and throughout the world.

"We had one of the best defensive records at the Rugby World Cup, which Smithy drove, and it's an area I'd like him to continue to be responsible for. I would expect that Smithy will also play a part in covering some of Mick's skill work along with 'Fozzy' (Ian Foster).

"Smithy's strength is not just in coaching, but also what he brings to the wider team environment. We have a big couple of years coming up and his input will certainly enhance the coaching group and the overall team.

Together with Fozzy and 'Crono' (Forwards Coach Mike Cron), I'm very confident that we have signed three coaches who are the best in the world at what they do, so our coaching group is looking very strong once again.

They, along with the rest of the management team, will give the players a great starting point going forward into the new chapter of this All Blacks team."