Two-time Australian Open champion Jennifer Capriati has savaged Maria Sharapova for her use of a banned substance in a spectacular Twitter rant. 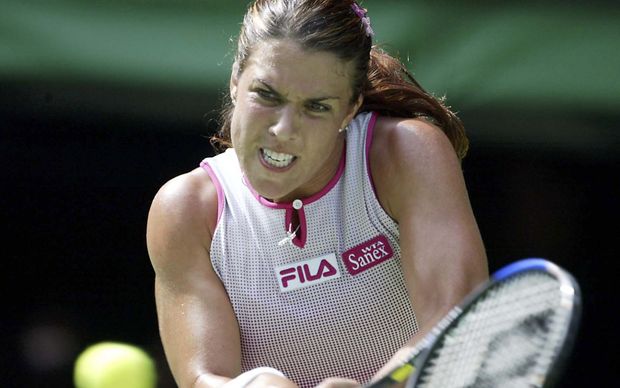 Capriati, whose career was cut short by injury after winning two Australian Open titles and the 2001 French Open, is livid at Sharapova's confession that she tested positive in January for meldonium, a drug which can be used to help increase circulation of the blood.

The American said she was furious because she felt her career ended prematurely in part because she refused to cheat.

"I had to throw in the towel and suffer," Capriati posted yesterday.

"I didn't have the high priced team of [doctors] that found a way for me to cheat and get around the system and wait for science to catch up.

"What's the point of someone taking a heart medicine that helps your heart recover faster unless you have a heart condition? Is that accurate?

"It's always about one thing that benefits everyone. #money

"Maybe I should start taking it? Lol I might feel better."

Sharapova faces a lengthy suspension and has already been provisionally banned from March 12 after testing positive during the Australian Open.

Capriati continued her social-media rant by saying the Russian should be stripped of her 35 professional titles, which includes two French Opens (2012, 2014), the 2004 Wimbledon championship, 2006 US Open crown, and the 2008 Australian title.

"How much did it take away from the other persons food plate," Capriati asked.

Capriati, who once spent time in drug rehabilitation after being arrested for marijuana possession, remains devastated by having her career ended by injury.

Where to now for Maria?

Maria Sharapova shocked the sporting world by announcing she failed a drug test at the Australian Open. How will this affect her lucrative career, both on and off the court?

The 2001 and 2002 Australian Open winner revealed her despair at her induction into the Tennis Hall of Fame in 2012.

"It was tough having to leave the game," Capriati said.