Replacement first five-eighth Hayden Parker slotted a late penalty goal to secure the Highlanders a thrilling 17-16 win over the Hurricanes in Dunedin. 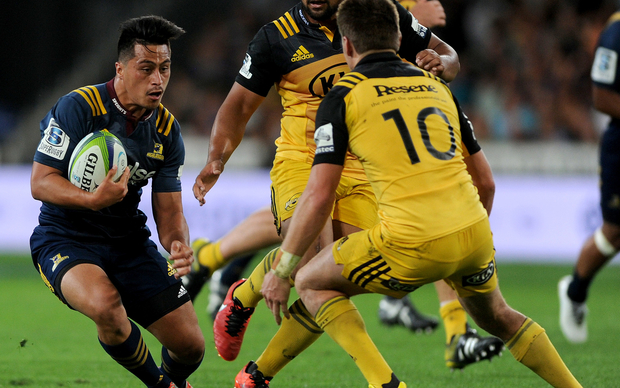 The Highlanders' Jason Emery makes a break during Saturday's match against the Hurricanes. Photo: PHOTOSPORT

In a rematch of last year's Super Rugby title-decider, the 25-year-old's angled kick from just outside the 22m line gave the champion Highlanders their first win of the season, while leaving last year's runners-up 0-2 and under pressure after two rounds.

Look back at live commentary here

"It was a good game, wasn't it? Just lucky we managed to pull through at the end there," Highlanders captain Ben Smith said pitchside.

The Hurricanes turned the ball over in the final minute and had one last chance to mount a raid from deep in defence but replacement back Jason Woodward inexplicably booted the ball to touch to guarantee defeat.

The visitors trailed 11-6 at half-time and were eight points adrift after a Lima Sopoaga penalty in the 49th minute, but Hurricanes captain TJ Perenara pulled them back into the game, lunging over the line from the back of a ruck for their only try in the 56th minute.

The Highlanders regrouped and after mounting a desperate assault on the line, centre Malakai Fekitoa stretched out an arm under a pile of tacklers to plant the ball at the base of the right post with 11 minutes left.

But local fans were left howling in dismay when the television match official disallowed the try. 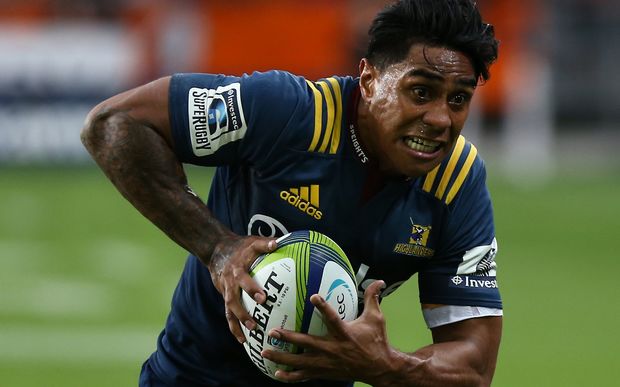 The crowd was baying again a minute later when substitute back-rower Liam Squire had another try cancelled after receiving a forward pass by scrumhalf Aaron Smith.

But Parker stepped up five minutes later to put the Highlanders season on track after they were pipped in a high-scoring thriller by the Blues last week.

Look back at our commentary here: