New Zealand cricket captain Kane Williamson says he received a recent text message from Martin Crowe congratulating him on his success at the annual cricket awards.

Crowe, who is regarded by many as New Zealand greatest cricketer, died today after a long battle with cancer.

Williamson was named sportsman of the year at the recent Halberg Awards and also won the Sir Richard Hadlee Medal for New Zealand Cricket player of the year.

Williamson and the Black Caps flew out of Auckland this evening to begin preparations for the Twenty20 World Cup in India and says despite Crowe being ill for some time the news is still a shock especially as he only received a message from him on Saturday.

"He was just congratulating me and said some positive words. Throughout the time that he has been sick we had some brief contact and he's always been extremely positive and encouraging and it's just really sad and a tough time for his family."

The 25-year-old Williamson was just five when Crowe's international career ended in 1995 and said while he didn't get the opportunity to see him play he played a major role in the careers of some current players. 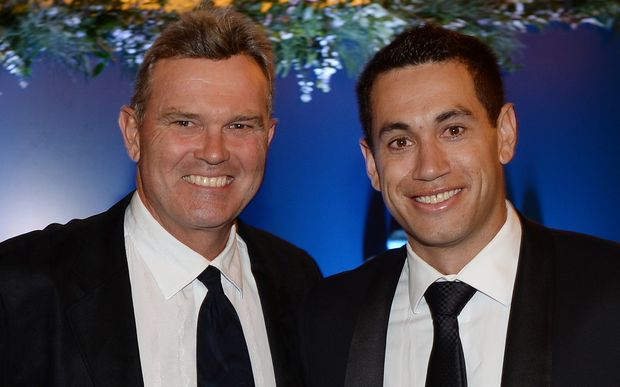 "There are two or three guys in the side (Ross Taylor and Martin Guptill) who were very close to him as a mentor so they have taken it pretty hard."

New Zealand Cricket says it will discuss with Crowe's family an appropriate way for the cricket fraternity to farewell him.

The chief executive of New Zealand Cricket David White says they want to give Crowe's family time to grieve.

"Our hearts go out to his family and his close friends and over the next few days and weeks we are going to celebrate his life and his outstanding contribution to New Zealand and world cricket."

"Martin Crowe was amongst the finest players of his generation, a delightful stroke-maker who made an enormous impact in New Zealand and around the cricket world," said chief executive James Sutherland said.

"He was an important player in the New Zealand teams of the mid `80s which went unbeaten in 10 of 13 series from the time of his debut," he said.

"Martin inspired his country by taking New Zealand to the 1992 World Cup semi-finals and was a revolutionary thinker on the game whose contribution to cricket continued long after he retired.

"He will be sadly missed around the world, including by many Australian cricketers who held deep affection for him and admired his wonderful talents."

Crowe is survived by his wife Lorraine Downes and his daughter Emma.