There'll be no returning to Fiji this time for alternative treatment to heal a broken leg for All Black and Highlanders winger Waisake Naholo.

The Highlanders defence of their Super rugby title has suffered a major setback with ruled out for up to two months with a fractured leg.

It's the same leg he injured before the World Cup last year but a new fracture said team doctor Greg Macleod.

The injury occurred late in the Highlander narrow loss to the Blues in the season opener at Eden Park on Friday night.

"While this is very unfortunate for Waisake, the positive news is that this injury is not as bad as his last fracture. He is already managing well and it's expected his rehab will take six to eight weeks," Mccleod said in a statement.

The statement added that Naholo wouldn't be returning home to Fiji for treatment as he did last year before the World Cup and his rehabilitation will be under the guidance of Macleod. 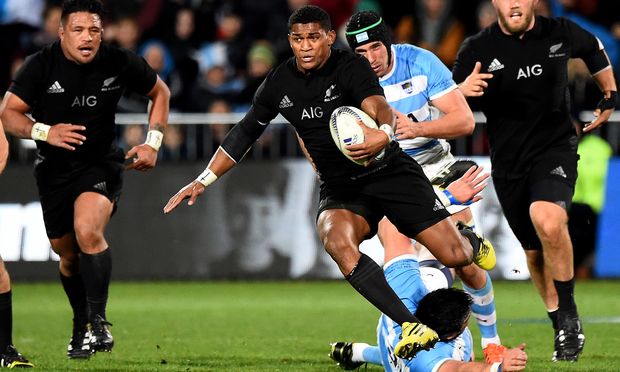 Waisake Naholo on the burst during his test debut against Argentina. Photo: Photosport

Naholo cracked a fibula in the All Blacks Rugby Championship win over Argentina in July last year and returned home to Fiji to seek traditional treatment.

He subsequently recovereda and was picked in the World Cup squad.

His quick recovery intrigued international media throughout the tournament.

The Highlanders have also lost Japanese international, halfback Fumiaki Tanaka for a month after he suffered a calf injury at training last week.

Head coach Jamie Joseph was philosophical about the injuries "to lose players for an extended period is always disappointing but you have to expect injuries to occur at some point , as a group we simply deal with it and move on, the focus for the players now will be to rehab well and work to make themselves available again".