Joe Burns and Steve Smith capitalised on perfect batting conditions to score centuries as Australia reduced New Zealand's lead to just seven runs at the end of day two of the second test on Sunday. 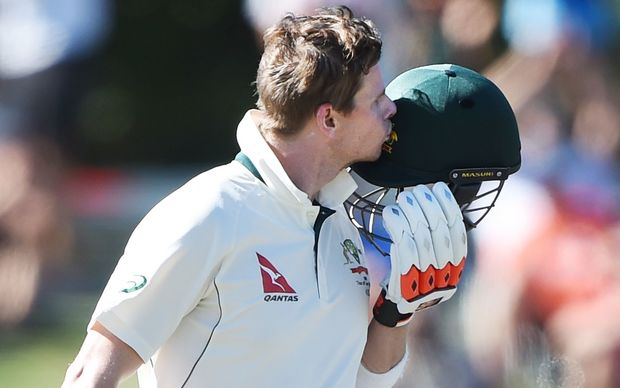 Neil Wagner dismissed both batsmen in identical fashion in the final half-hour to give his side some late reward for a day of toil under a cloudless Christchurch sky.

Burns, who had been dismissed early in his innings only to have the decision overturned on review, was well caught low down by Martin Guptill at square leg for 170, his highest test score and third century.

Smith also fell to a short ball in Wagner's next over for 138, his 14th test century, caught by the same fielder.

Adam Voges was on two with nightwatchman Nathan Lyon on four as the visitors ended the day 363 for four, having all but mowed down New Zealand's first innings 370.

Having won the opener in Wellington comprehensively, Australia need only draw in Christchurch to clinch the two-match series and take the number one ranking in test cricket.

New Zealand's only other success on a wicket offering little for the bowlers was when Usman Khawaja fell in the first hour for 24 off paceman Trent Boult.

Burns and Smith then combined in a 289-run third wicket partnership, a record for Australia against New Zealand. 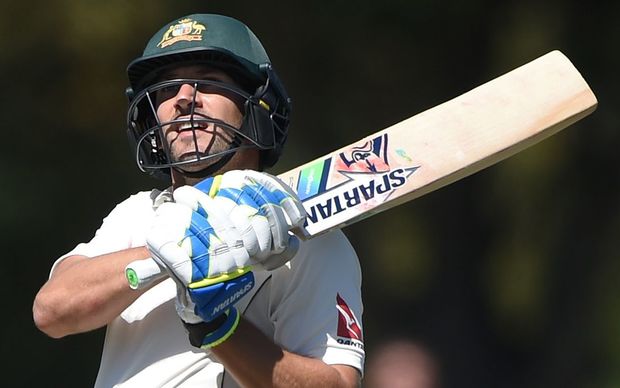 Burns was given out caught behind on 35 but immediately asked for a review and television replays showed the Matt Henry delivery had brushed his forearm and not his gloves.

New Zealand's first innings was anchored by a superb counter-attack led by McCullum, who blasted the fastest test century, from 54 balls, on Saturday.