Black Caps captain Brendon McCullum knew luck was on his side early on his record-breaking innings against Australia in the second cricket Test in Christchurch.

In making 145, his 12th Test century, McCullum guided New Zealand to 370 in their first innings after losing the toss and being put into bat on a lush Hagley Oval pitch. 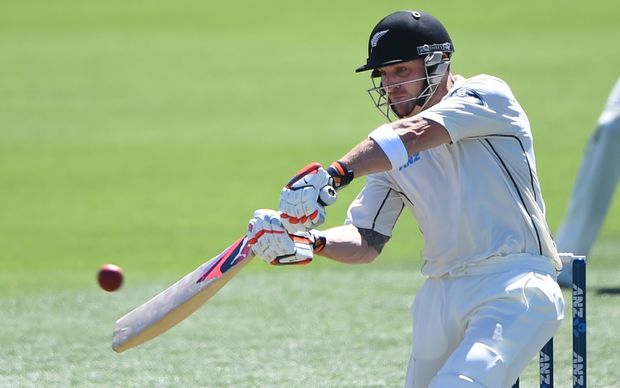 Brendon McCullum on the way to the world's fastest century. Photo: PHOTOSPORT

McCullum came to the crease with New Zealand struggling at 32 for three and quickly decided attack was the best form of defence as he set about scoring the fastest Test century in the history of the game. 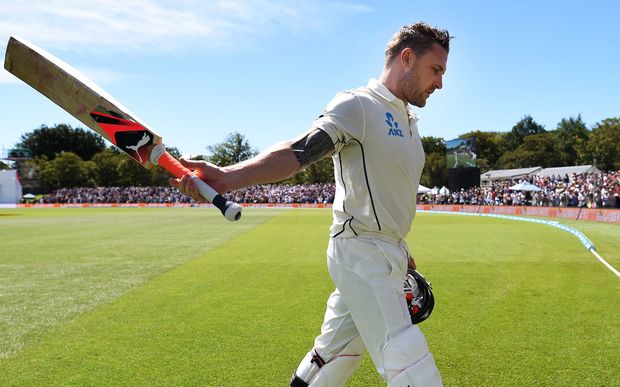 He reached triple figures in just 54 balls, needing two fewer than the 56 that West Indies' great Sir Viv Richards required for his century against England in Antigua in 1986 and Pakistan's Misbah-ul-Haq took against Australia in Abu Dhabi in 2014.

The onslaught came after McCullum was caught in the gully by Mitchell Marsh when on 39, only to be recalled as television replays showed fast bowler James Pattinson had bowled a no-ball.

At the close of play McCullum said he felt early on in his innings luck was on his side.

"Probably second ball when I had an almighty, filthy slog and it managed to go over the slips cordon for four but you know when you are confronted with wickets like that you are going to have to be pretty aggressive and you are going to need some luck along the way and I think we got quite a bit of luck today," he said.

"After losing the toss anything could have happened... The wicket had plenty in it all day and we decided the best form of defence was for us to try to attack.

"It's not always going to come off but today we got a bit of luck along the way and as we sit here at the end of day one we're firmly in the test match."

At stumps Australia were 57 for one in reply to New Zealand's first innings total of 370, with opener David Warner the batsman out.