The world golf number one, Lydia Ko, has fallen short of defending her title at the Women's Australian Open. 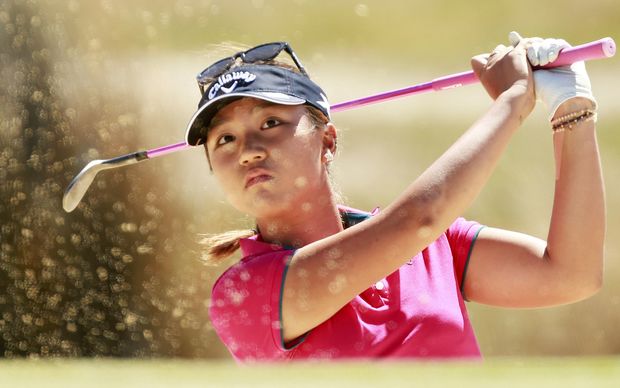 The New Zealander was one shot off the pace heading into the final round at the Grange in Adelaide and briefly took the lead on the front nine.

However, one of the overnight leaders, Japans' Haru Nomura, came back to win the title with the low round of the day.

Nomaru shot eight birdies and a bogie for a final round 65 and a total score of 17 under par to capture her first LPGA Tour title.

Ko was only one back after 14th holes but world number 67 Nomura calmly made three consecutive birdie threes from the 15th to pull away from her illustrious opponent and seal the top prize with a 16-under 272 total.

"My shots were good, but my putts were so good I couldn't believe it," Nomura was quoted as saying by Kyodo News.

Ko's five under par 67 on Sunday was her best round of the tournament, giving her soul possession of second pace, three strokes behind the winner.

Ko, who last week successfully defended her New Zealand Open title, was pleased overall with the start of her season.

"Coming second here, I will take it you know, it's a good start to the season. If I had won this week it would have obviously been better but you know Haru [Nomura] played amazing golf."