The International Cricket Council will discuss the reviewing of no-balls once again at the next meeting of its cricket committee. 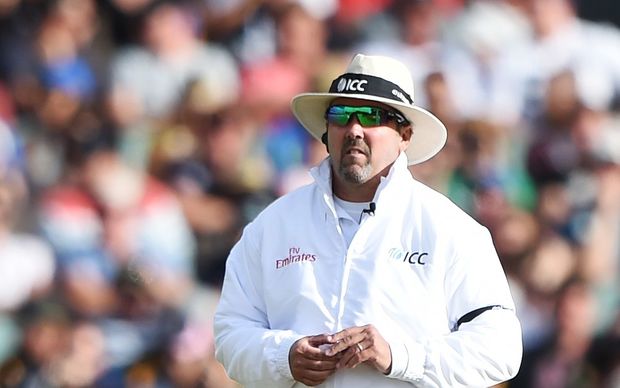 The debate over referring decisions on deliveries deemed illegal by the on-field umpire upstairs was reignited following an incident on day one of the first Test between New Zealand and Australia at Basin Reserve on Friday.

Doug Bracewell bowled Adam Voges in the final over of the day, but umpire Richard Illingworth signalled a no-ball, deeming the Black Caps' bowler to have overstepped the popping crease.

Replays proved it to be an incorrect decision, but the rules do not offer scope for the third umpire to review the fairness of a delivery.

However, the issue will be revisited upon the next convening of the ICC Cricket Committee, with the use of technology also set to be part of the agenda.

"The third umpire can review the fairness of delivery on the fall of a wicket but not review a no-ball that has been called on the field," an ICC spokesman told Omnisport.

"The ICC Cricket Committee has discussed this issue on a number of occasions and come to the same conclusion each time - it is not right that a batsman plays a delivery that is illegal, only to be told retrospectively that it was legal and that he is out by a mode of dismissal that would not have been allowed from an illegal delivery.

"The ICC Cricket Committee will be discussing the use of technology at its next meeting, and the topic of reviewing no-balls will again be part of that discussion."

Australia ended the first day in Wellington on 147 for three, having removed New Zealand for 183 in just 48 overs.

Following the match Black Caps captain Brendon McCullum tried to deflect attention from Illingworth's now infamous call but did say he would be happy for the third umpire to have the no-ball role.

"Maybe that's something that needs to be looked at just to make sure you get the right decision all the time.

"I'm guessing it's probably a bit easier as well for an umpire to look at the other end rather than having to look down then look back up as well."

Steve Smith agreed with his New Zealand counterpart that something should be to be done to eliminate such controversies from the game.

"I think that the umpires are out there to make a decision, we want to see the right decision made as much as possible.

"Everyone makes mistakes, whether you're a player or an umpire, but hopefully they can find a way to resolve that so those sort of mistakes don't happen too much in the future."