Australian double century maker Adam Voges admits New Zealand has reason to feel aggrieved at the umpiring error which has helped put the tourists in complete control of the first cricket Test in Wellington.

The home side suffered a major setback in the final over on the third day when skipper Brendon McCullum was dismissed for just 10.

Voges provided the backbone of the Australian innings with 239, his second Test double century, but he enjoyed a reprieve on the opening day of the match when he was bowled by Doug Bracewell - only for umpire Richard Illingworth to mistakenly call it a no ball. 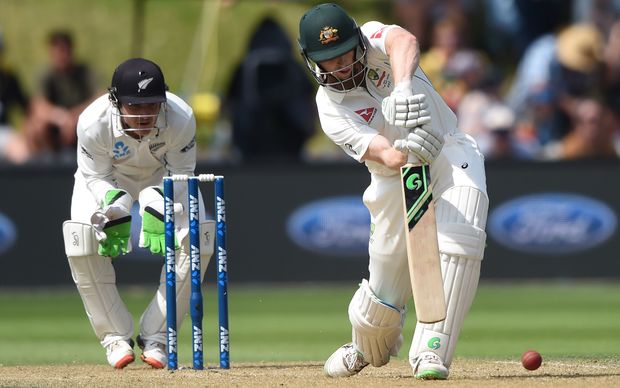 Australia batsman Adam Voges on the drive during his innings of 239 against New Zealand at the Basin Reserve. Photo: Photosport

Voges said he certainly did not decide to leave the ball as a result of the umpire's call.

"It was a bad leave... turned around saw the stumps [and] went to walk off and saw the umpire put the arm out so they have every right to feel a bit aggrieved... but they [the Black Caps] didn't say much," he said.

Also not saying much was Black Caps batting coach Craig McMillan, who was asked for his comments on the incident. 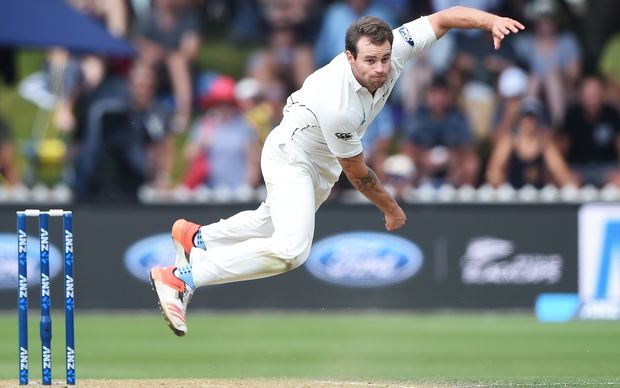 But McMillan did opine that with such a tough assignment ahead of them, the incident was not worth dwelling on.

"We've got to focus all our energy on what we can do over the next two days and getting out of this test match... you have to say hats off to Voges, he got a little bit of luck and he made the most of it so you have to applaud that."

With only six wickets left and still needing another 201 runs to make Australia bat again McMillan said the key would be setting small goals.

"You set little short things. Targets that you can achieve because the end goal is obviously a long way away so we talk about just developing partnerships and hopefully those small partnerships develops into bigger partnerships and before you know it you've batted for a session, then a session and a half and it continues on," he said.

Australia can go to the top of the world Test rankings if they win the two-match series.