New Zealand finished day three of the opening cricket Test against Australia in the poorest possible fashion with the loss of captain Brendon McCullum in the final act of the day. 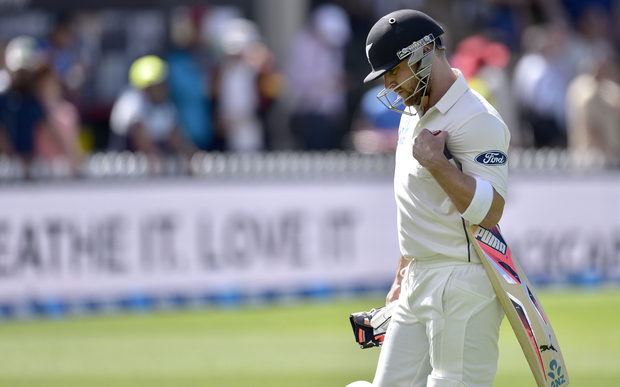 The Black Caps best hope was to save the Test but that's looking unlikely with the home side on 178 for 4, still trailing by 201 runs in Wellington.

Earlier, Australia set the hosts a daunting task when they ended their innings 562 all out just before lunch - a commanding 379 run lead.

Despite opting for a review, replays showed McCullum was clearly out LBW for 10.

The first wicket to fall after lunch was that of Martin Guptill for 45, who was caught by Mitchell Marsh off the bowling of Nathan Lyon.

Kane Williamson then joined Tom Latham at the crease and New Zealand were looking solid at 106 for 1 at Tea.

Not long after the break though Williamson was caught behind off the bowling of Josh Hazlewood, after making 22.

Tom Latham scored a patient 63 from 164 balls before being undone by a Nathan Lyon delivery, which he tried to attack.

The Australian cricketers' first innings finally ended on 562 all out, with batsman Adam Voges scoring his second double century. 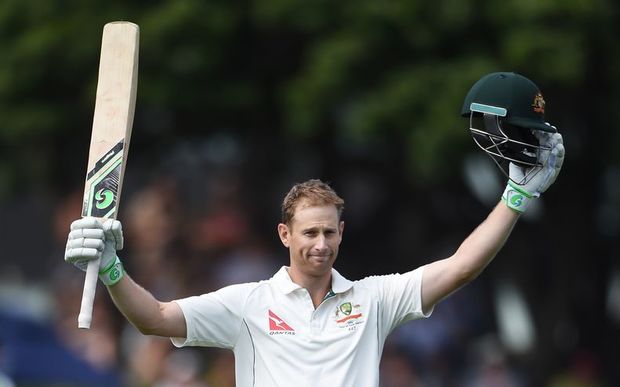 Voges put his team in a commanding position when he finally fell for 239 - his first Test dismissal, caught and bowled by Mark Craig just before lunch to end the Australian innings.

The visitors resumed the day on 463 for six at the Basin Reserve and two wickets fell quickly.

First Peter Siddle was caught for 49 off the bowling of Doug Bracewell, who then also snared Josh Hazlewood for eight.

Corey Anderson then executed an impressive caught and bowled dismissal of Nathan Lyon for three before Voges hit the accelerator, smashing the only three sixes of his 364-ball innings then getting out, just ahead of the lunch break.

Jackson Bird was left not out on three. 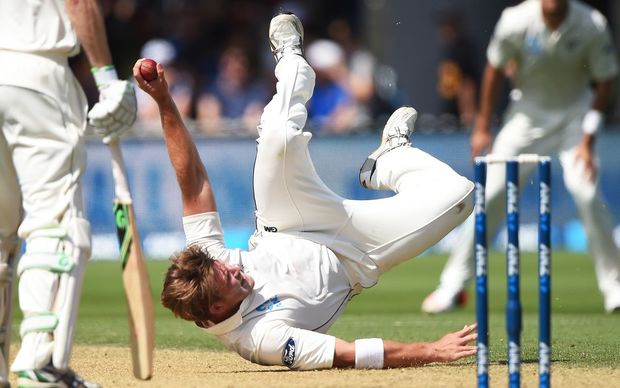