Sports Call - It was effectively all but decided come stumps on day one. 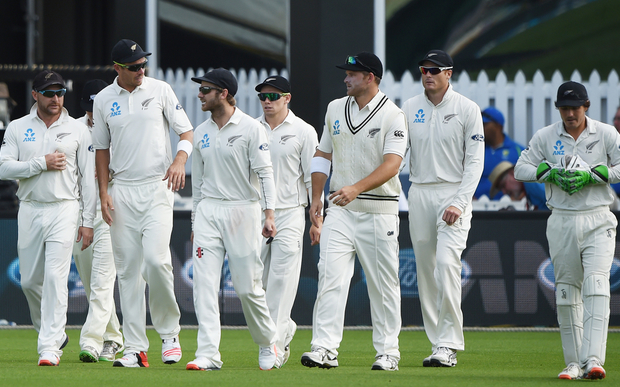 The Black Caps have lost their first Test at the Basin Reserve since 2010, having won 2 of the previous 6, and drawn 4. Photo: PHOTOSPORT

The record will show Australia won the first Test at the Basin Reserve by an innings and 52 runs in a match that lasted three-and-a-half days, but the opening session on day one left the home side in tatters and they were unable to recover.

Having lost the toss - as he's prone to do - Black Caps skipper Brendon McCullum and his side found themselves batting on a seamer-friendly green-tinged Basin Reserve pitch.

Australian pace bowlers Josh Hazelwood and Peter Siddle made the most of conditions and soon New Zealand were 51 for five, with none of the top five batsmen getting to 20.

At 97 for seven, even reaching 100 was under threat but the last three wickets managed to add a further 86 runs and the home side limped to 183.

Even when Australia were at five for two, it never looked enough, and Australia went on to enjoy the best of the batting conditions, amassing 563.

Yes, it was a key toss to win - and, while credit must be given to the Australian bowlers, the New Zealand batsmen did not help their own cause.

It was no fairytale for McCullum, who in his 100th Test match went for nought and 10. He joined some elite company, in captains who've been dismissed for a duck in their 100th Test, compatriot Stephen Fleming, Australians Mark Taylor and Alan Border, and England's Alastair Cook among them. 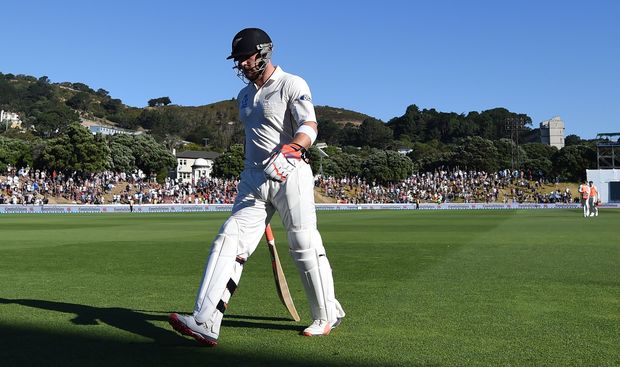 Much has been made of the controversial non-dismissal of Australian double century-maker Adam Voges, who was bowled by Doug Bracewell when he was on just seven - only for the umpire to mistakenly call it a no-ball and for Voges to get a reprieve. Replays clearly showed it was a legal delivery.

The Black Caps have every right to be upset over the decision but was it the winning and losing of the game?

I think not. That first innings set the tone, and McCullum is fully aware they need to "take the rough with the smooth".

Had they been able to eke out 300, McCullum believes it would have kept them in the match. But 300 looked a long way off on that batting performance. 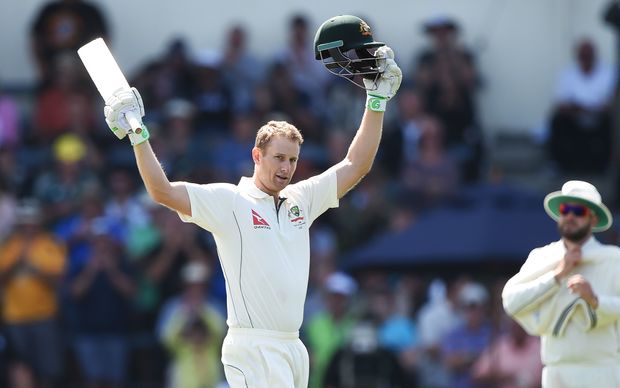 New Zealand batting coach Craig McMillan has talked of how he wants his batsmen playing with positive intent.

However, in Test cricket, there are times when attack is not the best form of defence and simply seeing off the bowlers is what's required.

Voges showed the Black Caps what was required on day three. Having already brought up his century, he was looking to advance the game but realised the Black Caps were bowling well and resigned himself to biding his time - scoring only 30 runs in the opening session.

Australia's win is the first time New Zealand have lost a Test at the Basin Reserve since 2010, having won two of the previous six and drawn four.

Against Sri Lanka in January last year they bounced back after being dismissed for 221 in the first innings, to eventually win by 193 runs.

But Australia are a different kettle of fish and they weren't letting the home side wriggle out of this one. 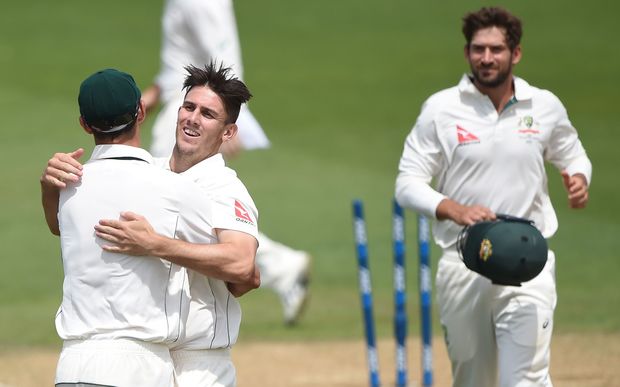 Australia will go into the second Test in Christchurch hoping for a clean sweep for the series, with the added bonus of knowing a series win will restore them to No.1 in the Test rankings.

The sixth-ranked Black Caps, meanwhile, know their rankings won't be improving any time soon if they keep performing like they have over the past four days.