Sports Call - In the end the right decision was made. 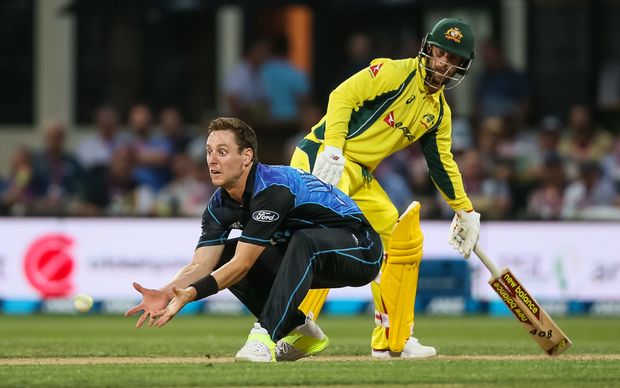 Yes the Australians can justifiably quibble about the way the decision was arrived at, but they can't deny Mitchell Marsh was out.

Just to recap, the Black Caps retained the Chappell-Hadlee trophy by winning the third and series deciding one dayer at Seddon Park in Hamilton last night by 55 runs.

But it wouldn't be a true trans-Tasman contest without some controversy.

Bowler Matt Henry half-heartedly appealed for a caught and bowled off Marsh, who guided Australia to victory in the second ODI in Wellington, after a delivery ricocheted back to the bowler from Marsh's foot.

Unsure whether it was a bump ball or not Henry asked the question of English umpire Ian Gould; who ruled not out.

The Black Caps accepted that and didn't opt to review the decision.

But this is where things become a little murky. 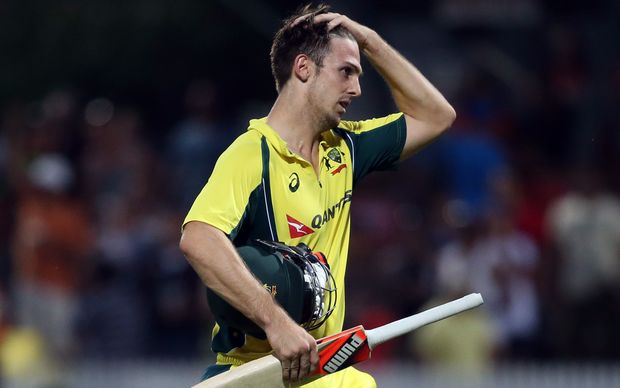 When the delivery was replayed on the big screen at Seddon Park it appeared Henry had indeed taken a fair catch and the crowd let the umpire know what they thought of the decision.

Gould then referred it upstairs to the third umpire who subsequently gave Marsh out - much to his disgust.

Now the question is whether an in-ground replay should prompt the umpires to seek a review?

Further, nothing in the rules stipulate that those referrals can't come after a replay on the big screen at the ground.

The Australians argue the umpire had already made his decision and that should stand. But when it comes to decision making for an umpire the ball remains live until the next delivery is bowled.

Certainly players are unable to urge umpires to use the third umpire to review a decision - unless they use the one and only decision review a team gets in each innings of an ODI match.

Hopefully this doesn't lead to the ditching of replays of dismissals or non-dismissals at grounds. Punters at the venue, spending what they do to get into matches, deserve to get at as good, if not a better service, than those watching at home.

As for the sledging that went on between Black Caps all-rounder Grant Elliott and Australian wicketkeeper Matthew Wade, perhaps Wade should think back to the behaviour of his own team-mates.

Wade complained about Elliott giving Marsh a verbal send-off when he was dismissed but was it okay when his predecessor Brad Haddin gave Elliott a mouthful in the World Cup final last year when Elliott got out?

There's certainly no love lost between Elliott and the Australians.

That said giving an outgoing batsman a spray is never is a good look, at any level.

So can Australia feel disgruntled? Yes. But have they been unfairly treated? No. The role of technology is to help umpires get their decisions right and that's what happened here no matter how much the Australians moan.

Anyway Australia you can't complain too much....just remember the underarm. Because we do!