The New Zealand men's cricketers will need a sterling effort in the field if they're to retain the Chappell-Hadlee one day trophy in the series decider in Hamilton.

The Australians bowled the Black Caps out in 45 and a half overs for a sub-par total of 246. 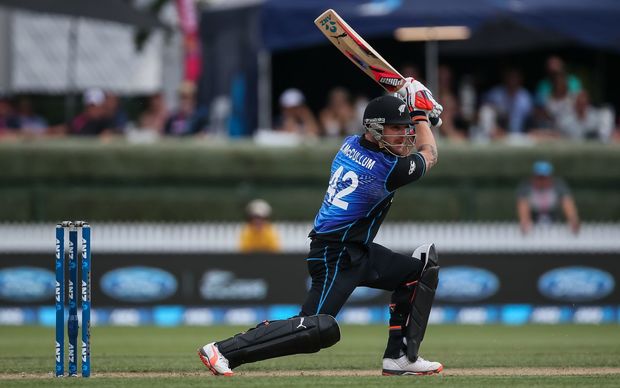 Martin Guptill top-scored with 59 in a fast start with fellow opening batsman Brendon McCullum, the pair putting on an 84-run stand for the first wicket.

It was McCullum's last one day innings for New Zealand with the bat and the retiring captain walked out to a guard of honour from the Australians in his final ODI, in a nice touch. 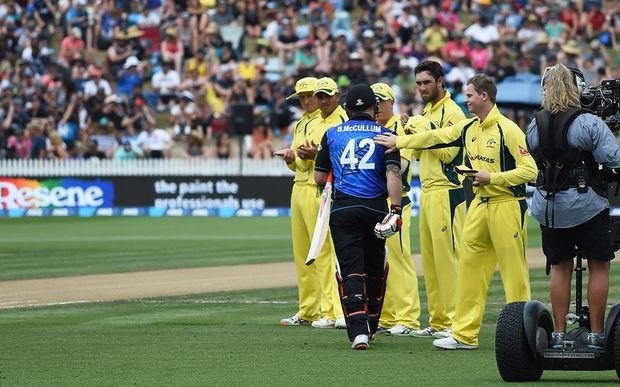 McCullum hit his 200th six in one-dayers before departing, to go with 100 sixes in Test matches - the first batsman to achieve that mark.

Regular wickets cost the hosts at a sold-out Seddon Park after that.

Guptill was caught for 59 after Kane Williamson went for 18, then Henry Nicholls fell for 18.

All-rounders Grant Elliott and Corey Anderson consolidated with a half century partnership for the fifth wicket before Anderson departed for 27 and no one lasted long after that with Elliott making 50, Luke Ronchi five, Adam Milne five, Doug Bracewell two and Ish Sodhi a duck.

Matt Henry was not out on nought.

Chief destroyer for Australia was in-form all-rounder Mitch Marsh with three for 34.

Bowler Trent Boult and all-rounder Mitchell Santner have been replaced in the Black Caps by paceman Doug Bracewell and spinner Ish Sodhi.

Boult is ill while Santner failed a fitness test on his foot injury.