Manly have beaten the Warriors 15-12 in their second pool game at the NRL Auckland Nines at Eden Park.

That's put the hosts' campaign on a must-win basis. 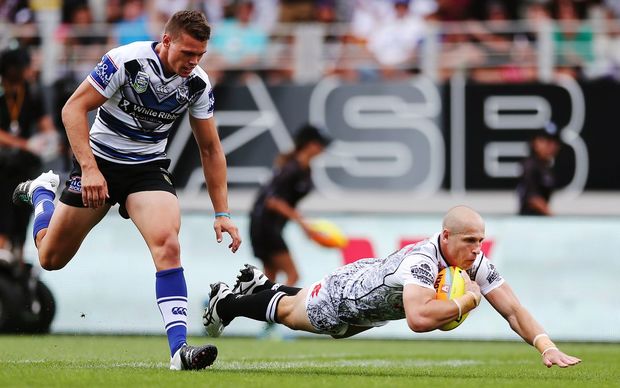 The Warriors could have sealed a quarter-final place with a second victory after their impressive opening 34-8 defeat of the Canterbury Bulldogs.

But now they must instead beat the Brisbane Broncos in their final pool match on Sunday if they're to make the top eight.

Brayden Wiliame opened the scoring for the Sea Eagles with an unconverted try, then Ken Maumalo replied for the Warriors, before young debutant Ata Hingano crossed to have the Warriors ahead 12-4 at half-time.

Tom Trbojevic made it 12-8 after a clean break after the break, then former Warrior Feleti Mateo executed a perfect kick for Matt Parcell to score in the bonus zone for the 15-12 lead, and the victory.

Hurrell on report for another lifted knee

Warriors centre Konrad Hurrell is in trouble with the NRL judiciary again after he lifted a knee in the tackle against young Manly captain Jake Trbojevic.

Hurrell's been cited over the incident with the 19-year-old Trbojevic. 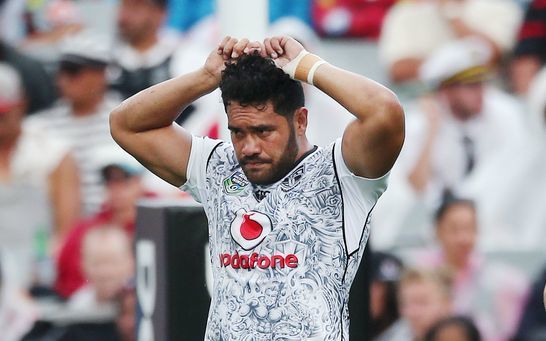 Trbojevic, standing in as Manly captain during the tournament, lay motionless on the turf for several minutes after copping a knee to the head by Hurrell.

He was attended to by medical staff before he was taken from the ground in a medicab.

Trbojevic suffered a concussion in the sickening incident and, along with Manly utility Jamie Buhrer, has been ruled out for the rest of the tournament.

Last year Hurrell was suspended for three weeks for dangerous contact after kneeing Cronulla back-rower Anthony Tupou and breaking his jaw in a similar incident.

After that incident Hurrell was told to change his running style.

Buhrer, just back from a long layoff with a torn ACL, is facing another big stint on the sidelines after suffering a suspected broken jaw in another incident.

The Warriors won their first game, coming from 8-0 down to thrash the Canterbury Bulldogs 34-8 at Eden Park.

The Bulldogs roared out of the blocks, scoring two tries to Tyrone Phillips and Shaun Lane and having another disallowed for a poor grounding before the Warriors woke up to run in their first try to Nathaniel Roache, which they converted to only trail 8-6 at half-time.

Then the hosts ran rampant in the second spell, new recruit Jeff Robson getting on the scoresheet before wing Solomone Kata scored a double, then Roache dotted down again in the bonus zone for an eight-pointer.

Shaun Johnson iced things off with an intercept try, also in the bonus zone. 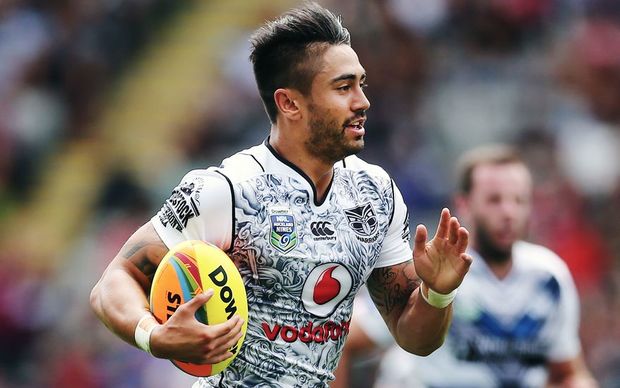 Shaun Johnson en route to the tryline for the Warriors against the Bulldogs at the NRL Auckland Nines Photo: Photosport

The Bulldogs then kept their hopes alive with a clutch 15-13 defeat of the Broncos to make it a win and a loss.

Earlier, Manly edged the Broncos 11-8, so the Brisbane club are out of the finals picture with two losses.

The third round of pool play and the finals are on Sunday.