Players in the last chance saloon and rookies with nothing to lose - there are plenty of sub-plots and points of interest in the NRL Auckland Nines, which is underway. 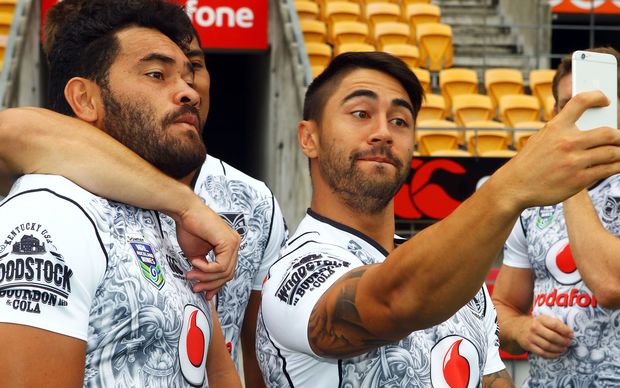 But while it's shaping as the most interesting edition of the short-format tournament, bad weather and concerns about the state of the pitch could spoil the party.

Fans will get their first taste of rugby league for the year when the Nines kicks off at Eden Park.

They will also get to to see superstar fullback Roger-Tuivasa Sheck in Warriors colours for the first time.

On the other side of the coin, there are also those fighting to save their careers and stake a claim for round one of the season proper.

Warriors centre Konrad Hurrell is one player with a point to prove after a lacklustre 2015 which saw him at one point dropped to NSW Cup.

Reportedly discontent at the Warriors at the end of last year, he was linked with a move to rugby union.

His commitment and attitude also came into questions after he was seen dancing on stage with rapper Ginuwine two nights before the side was flogged by the Wests Tigers.

However, "The Hurrelcane" has slimmed down in the off-season and has been hailed by the coaching staff for his new-found professionalism.

Asked if he thinks the notoriously erratic Hurrell has his head on right, halfback Shaun Johnson said: "I really think he has.

"I've seen the effort he's put in not just on the field but his diet and what he's been doing away from footy.

"Everything but his head seems to have lost weight and he's looking really good."

Showers are forecast for today and tomorrow and the slippery conditions are almost certain to dampen the quality of the tournament.

There are also question marks over how the pitch will hold up after it was used for a one-day cricket match between Australia and New Zealand on Wednesday.

NRL officials inspected the field yesterday and had no concerns while the curators are confident of it holding up.