Watford put the brakes on Chelsea's resurgence by holding the champions to a 0-0 draw in their English Premier League football game at Vicarage Road. 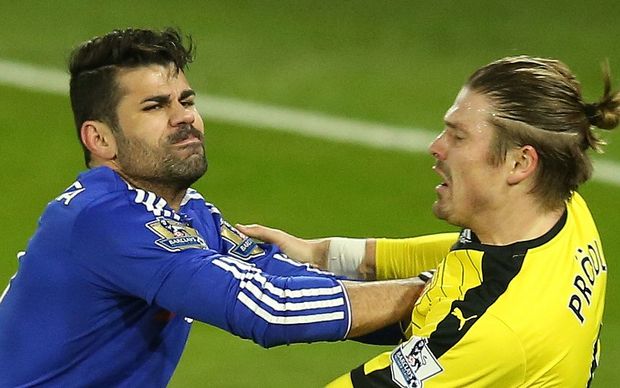 Everton beat Newcastle 3-0 in the day's other game.

Chelsea, who remain unbeaten since Guus Hiddink took over from Jose Mourinho in December, were unable to find a way through a rock-solid Watford rearguard, with the hosts creating the better opportunities on a night of few chances.

Watford's Odion Ighalo passed up the best opening in the first half when he misjudged the flight of a cross and completely fluffed a header when three metres from goal.

Watford are up to ninth and Chelsea 13th.

Lennon fired Everton ahead with a low shot on the turn from the edge of the penalty area midway through the first half and Barkley stroked home two late spot-kicks to keep Newcastle in the relegation zone.

Everton, who climbed to 11th in the table, hit the woodwork twice in the second half and Newcastle striker Alexsandar Mitrovic missed a great chance to equalise when he volleyed wide from close range.

Barkley slotted home a penalty two minutes from the end of the game after Lennon was tripped in the area and he repeated the feat in stoppage time having been fouled by Newcastle's Jamaal Lascelles, who was sent off for the offence.

Leicester top the table with 50 points, Manchester City have 47, Tottenham and Arsenal have 45, Manchester United 40 and West Ham 39.