Deleting evidence of his attempted drug use has resulted in former Sydney Roosters prop Martin Kennedy being suspended until December 2017 under the NRL's anti-doping policy. 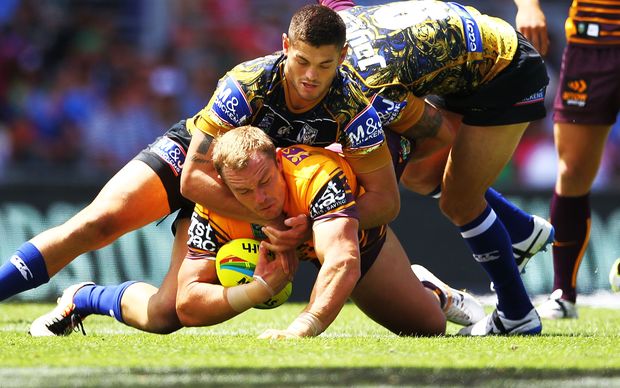 The penalty requires a mandatory two-year ban, but the tribunal threw the book at Kennedy, adding an extra nine months after discovering he had deliberately erased the contents of his phone.

"This was a disturbing course of action by a player in one of Australia's popular sporting codes," ASADA CEO Ben McDevitt said in a statement.

Kennedy's suspension will be backdated from his provisional ban on March 19, 2015, meaning it will expire on December 19, 2017.

He will be 28 by the time he will be eligible to play again.

McDevitt said he was disappointed in Kennedy resorting to performance-enhancing drugs to cut corners in the NRL.

"Athletes make many sacrifices in training to reach the pinnacle of their chosen sport," he said.

"ASADA will continue to protect those athletes who make the right decisions and honest sacrifices when it comes to their training and performance.

"This matter also shows there are serious consequences for athletes who deliberately obstruct an ASADA investigation."

"Drug-free sport is essential in ensuring a fair competition and a safe working environment for our players, and we will continue to take the necessary steps to achieve this," he said.

Kennedy has 21 days to appeal the ruling to the Court of Arbitration for Sport.

He has played 82 combined games with the Roosters and Brisbane since making his debut in 2009.