The Football Ferns will represent Oceania at the Rio Olympics after Papua New Guinea withdrew from the second leg of the OFC Women's Olympic Qualifier. 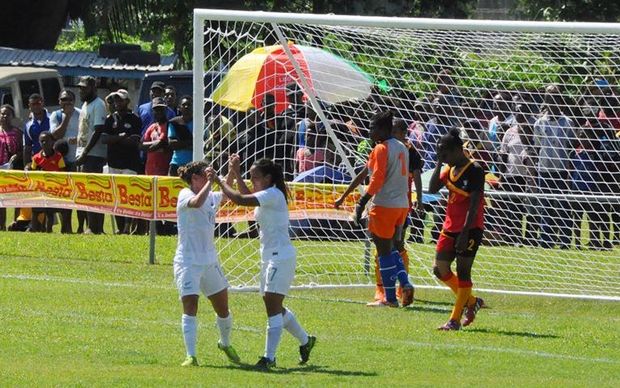 FIFA were notified of the withdrawal of the Papua New Guinea women's senior team when the squad did not receive the required visas to enter New Zealand for the return match.

New Zealand won the first leg of the play-off 7-1 in Papua New Guinea on Saturday.

Rio 2016 will mark the Football Ferns' third successive Olympic Games appearance, with their qualification to the quarter-finals during London 2012 their best ever performance at the event.

New Zealand Football CEO Andy Martin said the news brought a mixed reaction from everyone involved and a replacement fixture has been quickly arranged.

"While we're obviously delighted the Football Ferns will be making the trip to Rio, we're disappointed tonight's game will not be going ahead and we won't get the chance to secure our place on the field in front of our fans," Martin said.

"However, with the team continuing their preparation as scheduled, we have organised an exhibition game against an Invitational XI which will give New Zealand fans the chance to see our best female players in action on home soil.

"It also means we still have the opportunity to mark the contribution to football of Hayley Bowden, who was recently made a Member of the New Zealand Order of Merit, and also celebrate the 100-cap marks achieved by Amber Hearn and Katie Duncan in the last year, which we had planned to do during the second leg of the playoff."

There would be no entry cost to the game against the Invitational XI with the match kicking off at the originally scheduled time of 7.30pm at QBE Stadium in Albany.