The Illawarra Hawks have completed a season sweep of the New Zealand Breakers as they won 103-96 in the ANBL clash in Auckland. 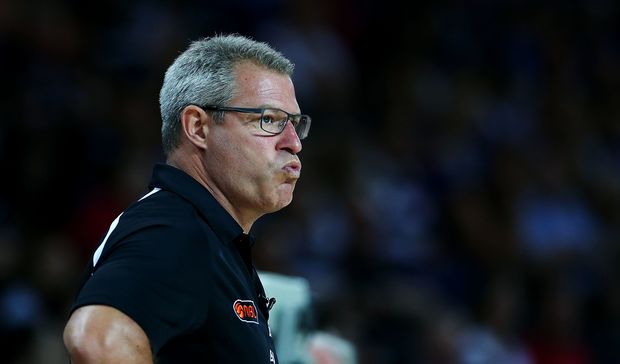 Illawarra came from 11 points down with under six minutes to go to force overtime with a 13-2 run.

The American guard Kevin Lisch scored the Hawks first 15 points through the two overtime periods and finished with his NBL career best of 40, equaling the highest individual score of the season by Perth's Jermaine Beal.

Illawarra, who moved into second, above Perth on percentage, prevailed despite having Kirk Penney sidelined for the latter stages of the game with a severe case of cramp.

It was a fourth straight defeat for the defending champion Breakers, who lost 87-69 to the Hawks in Wollongong and have slipped out of the top four.

Corey Webster scored 22 points for the Breakers but shot just 6-of-21 from the field and 3-of-15 from beyond the arc.

Breakers coach Dean Vickerman was disappointed in the loss that means they have lost four on the trot, lost all four to the Hawks this season and are out of the top four.

"We went into the game talking about the challenges ahead and how we wanted to beat every team in the league, but couldn't find the way," Vickerman said.

The Breakers now head on a must-win Sunshine Swing against Townsville on Thursday and Cairns on Saturday.