Serena Williams insists she is "120, 130 percent" ready to defend her Australian Open tennis crown despite suffering another apparent injury scare. 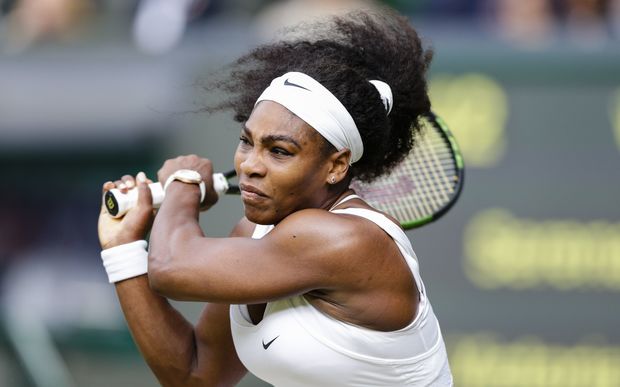 After withdrawing from the Hopman Cup with knee inflammation, the world No.1 required courtside treatment during her practise session at Melbourne Park today.

But the 21-times grand slam champion played down concerns ahead of her tournament opener on Monday against Italian Camila Giorgi.

"I don't have any inflammation anymore. It's actually really fine.

"This week, the weeks leading up, has been a lot of work. I actually wanted to have an easy day today.

"But to me, in my mind, 'easy' is just two hours of really intense working out, yeah.

"I'm a little tired today. I've been working so hard and doing so much work, so ... maybe I had a bad attitude out there."

Williams, who hasn't completed a competitive match since her shock US Open semi-final loss in early September, also denied having endured a poor preparation for the season's first major.

"I've had a really good preparation," the American said.

"I mean, I didn't have the match play that I've wanted to have. But after playing for so many years on tour, I should be able to focus on that and the fact that I have played a lot of matches.

"So that's what I'm trying to focus on now."

Williams also brushed aside her rough draw after striking the highest-ranked player not seeded in the women's event.

"I always seem to have a tough draw, so it's fine. Doesn't matter who I play. At some point you have to play everyone.

"That's how it always works out. So that's what it is.

"No, I feel fine. Honestly, I don't have anything to prove. I have nothing to lose. I can only gain. That's kind of how I look at it right now."