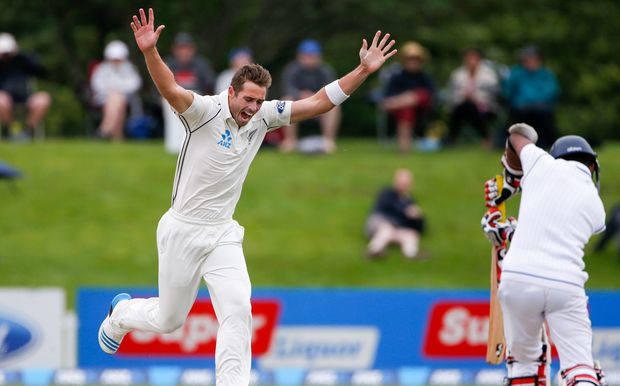 Earlier today it was announced that Sri Lankan wicketkeeper-batsman Kusal Perera had tested positive for a banned substance and has been sent home.

It comes after it was also announced that Sri Lanka's pace bowler Dhammika Prasad was also sent home due to a back injury.

Southee said the distractions to Sri Lanka's preparations would be annoying for the visitors, especially losing a senior bowler like Prasad.

"That's obviously a bit of a hit for them but now there's a chance for someone else to step up and (Sri Lanka) do have a few exciting young quicks that I'm sure will be looking forward to bowling in some more friendly conditions to what they're faced with at home."

Herath has played 65 tests for Sri Lanka and is one of the few faces the Black Caps know in the visitor's side following the retirement of several veterans such as former captain, Kumar Sangakkara and Mahela Jayawardene.

"He's going to be a dangerous threat and he holds a lot of experience obviously in a young bowling lineup.

"He's shown that he's a quality bowler in all parts of the world so he will be one guy that we're looking to do our homework on and hopefully counter him the best way we can."