SportsCall - The jury has given its verdict, but the not guilty finding in the Chris Cairns perjury trial poses more questions than it answers. 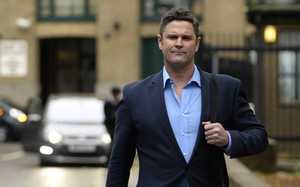 Cairns was found not guilty of lying under oath about match-fixing over a libel case against Indian businessman, Lalit Modi, in 2012.

The charges in the latest case - that Cairns committed perjury and perverted the course of justice - stemmed from the testimony he gave in his case against Modi, where he said he had never been involved in match-fixing and never contemplated it.

The prosecution's star witness was Black Caps captain Brendon McCullum. McCullum testifed that Cairns had approached him in India in 2008 to become involved in match fixing.

So where to now?

He's been found not guilty, surely the world's his oyster once more? No.

For the former cricketing star, former diamond trader and former real estate agent it could well be back to cleaning bus shelters in Auckland.

That's what he was doing before heading to London and the Southwark Crown Court. He has made no secret of his financial woes and he's had to borrow substantially to fund his defence in this case. He won't be awarded costs either. 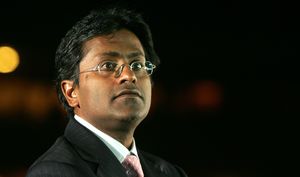 Still looming on the horizon is Indian businessman Lalit Modi. Modi has indicated he may bring a civil case against Cairns. Money is no problem for Mr Modi. He has very deep pockets and knowing Cairns' financial plight may only be a further catalyst to ploughing ahead with a civil case.

The burden of proof is also less in civil case than in a criminal one.

The expectation was that the 34-year-old would call time on his test career at the of the summer, this verdict would only appear to confirm that.

Initially he may have considered only retiring from test cricket and continuing on with one dayers and Twenty20 matches at the top level.

However RNZ has been told by those close to him that he may call it quits altogether from the Black Caps and simply play in the likes of the lucrative T20 tournaments, such as the IPL in India and the Big Bash in Australia.

It's unfortunate that McCullum took so long to tell officials after he said he was initially approached by Cairns in 2008. He didn't report this until 2011, he says because he initially struggled to believe what he was being asked to do, and that it was coming from Cairns, a player he held in high esteem.

Three years is a long time to wait. You can be sure he's been reflecting on that in the last 48 hours, and wondering what difference some quicker action might have made.

Does the verdict mean the jury didn't believe McCullum?

No. The judge, when advising the jury before they went away to deliberate, guided them in saying that, if they believed two of the key witnesses, then they could find Cairns guilty. They may well have believed McCullum, but struggled to believe self confessed liar and cheat Lou Vincent. Vincent's ex-wife Eleanor Riley was the other key witness, but the bulk of her testimony relied on conversations she had with Vincent. 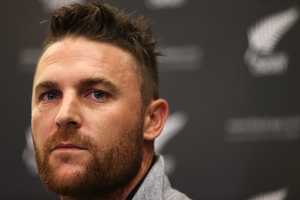 Brendon McCullum during a media conference regarding corruption in cricket held in Christchurch in 2014 Photo: PHOTOSPORT

How much of a toll has this taken on McCullum's form?

Purely on statistics, 2015 hasn't been a good year for McCullum. In eleven test innings he's averaging 27 and hasn't scored a century. His overall test average is 38.40 and he has a top score of 80. Well below par for McCullum.

What about players who have information about match fixing, won't this verdict scare them off?

That's the biggest fear for the likes of the NZ Cricket Players association. Players may look at McCullum and see that he has been though the ringer over the past couple of years and simply feel reporting an approach is not worth it, both personally and professionally.

The head of the NZCPA, Heath Mills, accepts that fear may exist but is hopeful their education programmes - which are much more extensive - can help resolve that.

"There'll be some players sitting back there thinking 'well why would I do that? Why would I report?' And we completely understand that," Mills has said.

"The onus then goes on us to work with New Zealand Cricket and other organisations to find a better way because it can never be that the right answer is 'people are encouraged not to report'."

What is the ICC doing?

The silence from the sports governing has been deafening since the verdict. A four line media statement essentially saying it respected the court's decision is all we've had. 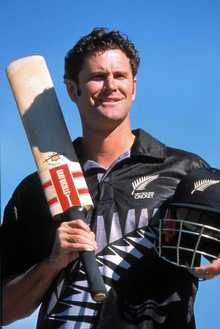 Will the ICC continue with its investigation?

The burden of proof is much lower for such an investigation than a criminal one so the ICC could carry out its own investigation and if it decided Cairns was guilty of match-fixing ban him for life as it did Lou Vincent. When the Metropolitan police began their investigations the ICC put its own investigation on hold, awaiting this verdict. Now, should they re-open, it will it look like they are running a vendetta against Cairns, when he has been cleared by the court system.

How does this leave New Zealand Cricket's reputation?

Tarnished for sure, but hardly in tatters. The shop front of the game, the Black Caps, are enjoying a resurgence. The way they captured the country's attention during the World Cup, despite the Cairns saga being front and centre, showed the public wasn't turned off from the game.

Sponsorship, junior player numbers and crowd attendances are all on the up for the game domestically. Having said that, whenever there are upset results or out of the ordinary performances at cricket matches, there's always that thought at the back of one's mind - is that genuine? Hardly good for the on-going reputation of the game.