Ireland beat Bosnia-Herzegovina 2-0 to qualify for their second successive European football championship finals, progressing 3-1 on aggregate after a Jon Walters brace secured a second-leg playoff win at the Aviva Stadium. 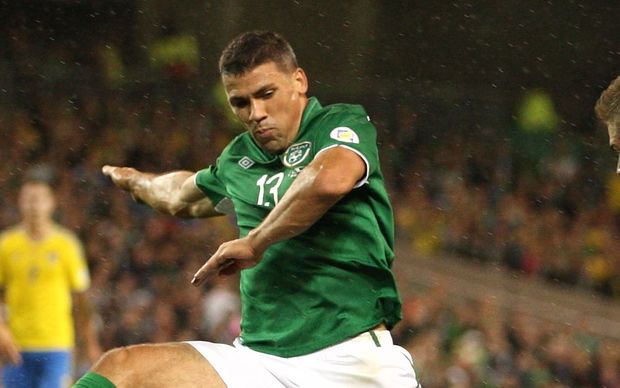 Walters, back from suspension, converted a penalty in the first half before adding a second 20 minutes from time.

Martin O'Neill's side began the brighter and led after Daryl Murphy's cross struck Ervin Zukanovic on the arm and Walters slotted the harshly awarded penalty past his former Stoke City team mate Asmir Begovic to the delight of the raucous full house.

Bosnia, hoping to reach a second major tournament as an independent nation following last year's World Cup, began to find their feet late in the first half and that momentum continued after the break.

But they only had a snatched Senad Lulic chance to show for it as Walters arrived at the back post to coolly finish a deflected free kick from Robbie Brady, Ireland's scorer in the first leg.

Ireland, unbeaten at home in the group stages, join fellow playoff winners Hungary at France 2016 while the final two spots will be decided tomorrow when Sweden travel to Denmark and Ukraine play away to Slovenia, both defending first leg leads.