The Wellington Phoenix have drawn 1-1 with the Central Coast Mariners in their A-League football match in Australia. 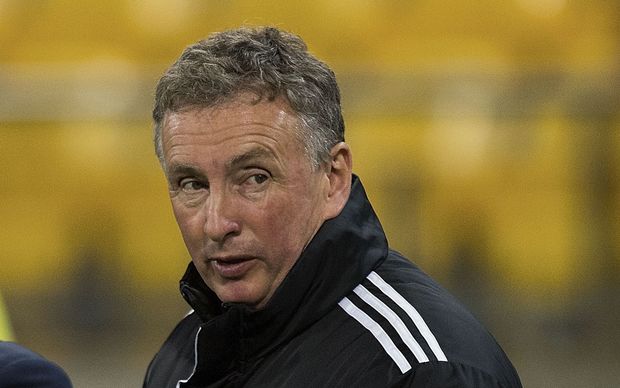 The Phoenix lead Central coast 1-0 at half-time through a Michael McGlinchey goal before the hosts scored in the second half through Irish import Roy O'Donovan.

Despite the early lead, the Mariners produced more chances, taking 19 shots to the Phoenix's seven.

O'Donovan's 75th-minute header from a set piece cancelled out a ninth-minute strike from McGlinchey.

Phoenix goalkeeper Glen Moss made first half saves to deny Liam Rose and Fabio Ferreira, while O'Donovan netted just before the break, but it came just after an offside decision.

The Mariners continued to pile on the pressure after the break and got their reward when O'Donovan produced a bullet header from a right-wing corner.

Phoenix coach Ernie Merrick said the game was another step in the right direction for them.

He still felt they don't have enough players wanting to score goals however.

But because of injuries and the heat, Merrick was happy that a number of his young players got vaulable game time and performed well.