Aston Villa's new manager Remi Garde discovered just how hard it will be to save his club from relegation as the English Premier League strugglers slumped to a 3-1 defeat at Tottenham. 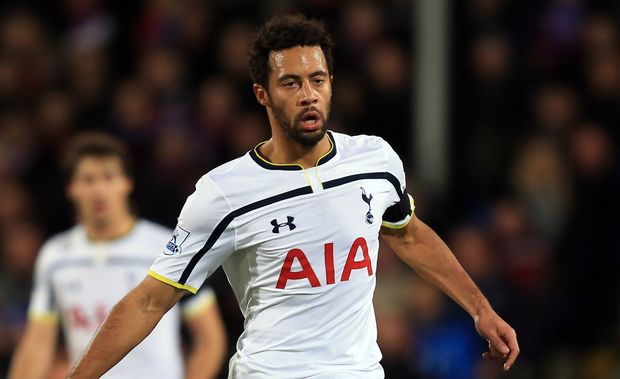 Garde was confirmed as Villa boss on a three-and-a-half-year contract earlier in the day, but Kevin MacDonald, in charge on a caretaker basis since Tim Sherwood's sacking nine days ago, selected the team before the official start of the Frenchman's reign.

While Garde wasn't involved, the former Lyon coach was watching from the White Hart Lane stands and it must have made for uncomfortable viewing as his side paid the price for a lacklustre start.

Villa, whose only league win this season came on the opening weekend, fell behind after less than three minutes when sloppy defending was punished by Mousa Dembele and Dele Alli doubled Tottenham's advantage before half-time.

Jordan Ayew got one back for Villa late on, but Harry Kane netted in the final seconds and when Garde arrives at the club's Bodymoor Heath training ground tomorrow, he will be in charge of a team rooted to the bottom of the table after a seventh successive league defeat condemned them to the worst start in their history.

Tottenham are up to fifth place on the back of an impressive 10-match unbeaten run in the league, while Garde's forgettable first day suggests he is in for a bumpy ride.

Villa misspelled Garde's first name in their announcement of his appointment on Twitter, then the 49-year-old's flight from France was delayed by fog.

When Garde arrived in north London, there was more bad news as Villa defender Micah Richards was suspended just before kick-off after a tunnel altercation in a recent match.