Chelsea's third home league reverse of the season left them in 15th place in the table with 11 points from 11 games - the worst ever start to a season by the reigning Premier League champions. 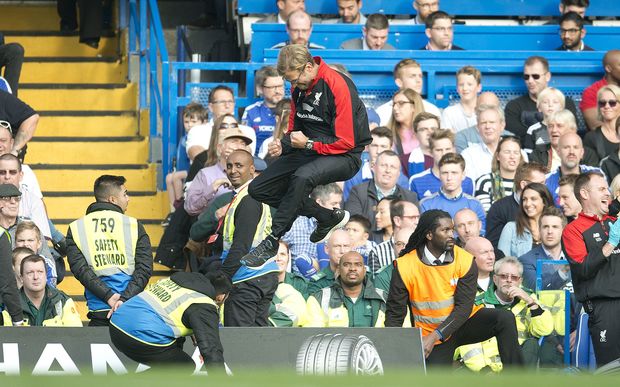 They are already 14 points behind Manchester City who needed a last-gasp Yaya Toure penalty to beat Norwich City 2-1 and retain top spot on goal difference from Arsenal who won 3-0 at Swansea.

All Arsenal's goals came after the break as they made it five league wins in succession - Olivier Giroud, Laurent Koscielny and Joel Campbell all on target.

Leicester City are up to third thanks to a 3-2 victory at West Bromwich Albion where they trailed, with Jamie Vardy scoring for the eighth league match in a row.

Chelsea, labouring in the Champions League, out of the League Cup and as good as finished in the title race, are in free fall and Liverpool's fans, celebrating a first league win for new manager Juergen Klopp, taunted Mourinho with chants of "You're getting sacked in the morning". 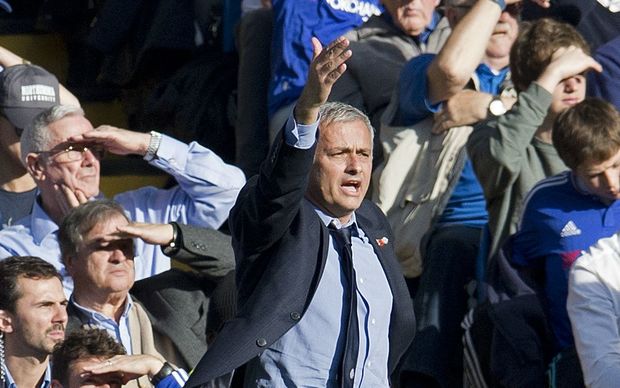 Former Chelsea winger Pat Nevin summed up the mood, saying: "The questions over Mourinho will be a cacophony now.

"It's not just the defeat but the manner of it. They were absolutely outplayed," he added on BBC radio.

Fifth-placed West Ham United lost 2-0 at Watford, their first away loss of the season, while Newcastle United stayed in the bottom three after a 0-0 draw at home to Stoke City.