Former Warriors and Kiwis prop Russell Packer's announced return to the National Rugby League is in serious doubt again, and he may be deported under Australia's tough rules for immigrant criminals. 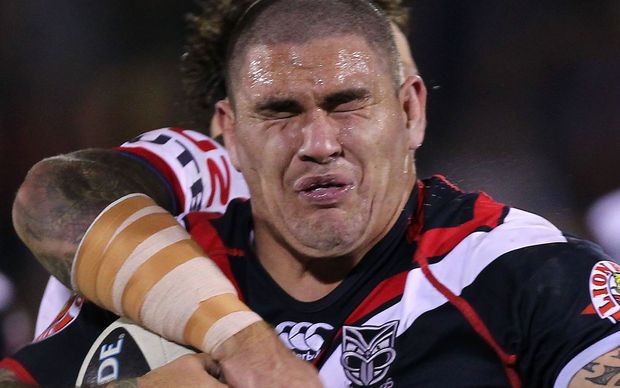 An assault conviction and prison time didn't stop the controversial forward from this week getting the official green light for an NRL return, and Packer signed a two-year deal with the St George Illawarra Dragons.

But the Australian immigration department's yet to decide whether to cancel his visa and send him back to New Zealand - so the 26-year-old's career and even his freedom remains up in the air.

Taupau's been released from the final year of his contract at Concord to sign a four-year deal with the Sea Eagles.

A Canadian theatre critic with a similar name to Manly's chief executive received a contract between the two clubs and went on social media to hand it out to journalists. 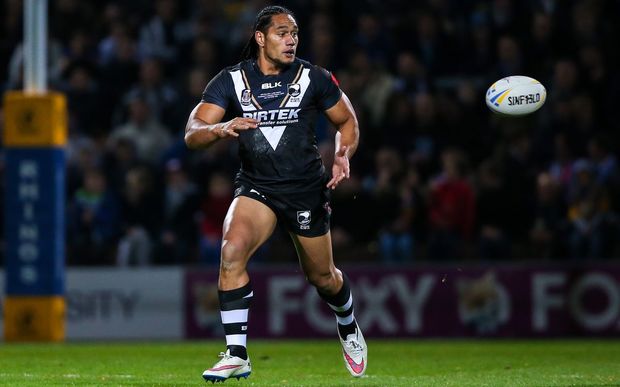 Martin Taupau in action for the Kiwis against Leeds Photo: Photosport

Canadian James Kelleher Nestruck sent the code into a spin on Friday morning when he tweeted: "Anyone cover the New Zealand rugby league and want the contract of a player called Martin Taupau that was just emailed to me by accident?"

Nestruck, who goes by the name of J Kelly Nestruck, bears the same first initial and surname as Manly chief executive Joe Kelly.

The Canadian-based critic has a remarkably similar email address to the Sea Eagles' boss and received scanned documents in error from a British public notary with the signed release and new contract.

It would seem the notary was hired by the Sea Eagles to finalise the signing of the contract, given Taupau is on tour in England with New Zealand.

"The negotiations regarding releasing Taupau have been going on over the last week and our organisation has been doing everything possible to be respectful to Taupau, our members and fans as this is a sensitive issue for all," said Tigers CEO Pascoe.

"To see all of that work being undone and for the story to come out in this way is disappointing and almost comical."

The Tigers, who have been attempting to fix their dire salary cap situation in recent months, said Taupau had told them he wished to leave at the end of his current contract.

The signing is a massive coup for the Eagles, further facilitating the rebuilding of their pack alongside fellow recruits Nate Myles, Lewis Brown, Darcy Lussick and Matt Parcell.