One of rugby league's most respected coachs, Wayne Bennett, has called on the National Rugby League to end the exile of controversial New Zealand prop Russell Packer.

Packer, who was deregistered at the start of last season after he was jailed for assault occasioning bodily harm, is reportedly close to doing a deal with St George Illawarra, but questions remain about when any contract would actually be ratified by the NRL.

The 25-year-old was released from prison in January and is eager to return to rugby league, so he can begin earning money to support his young family.

The Dragons, who Bennett coached from 2009 to 2011, are understood to be interested in signing Packer immediately to bolster their under-strength forward pack.

Now back with Brisbane, Bennett signed Packer to play for him at the Newcastle Knights before the former Warrior committed his offence. 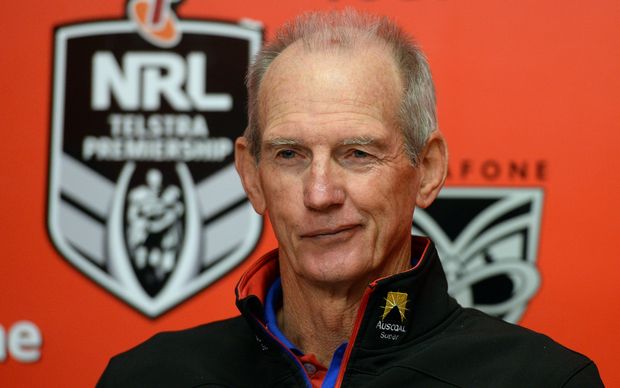 "He's done his time. He did a sentence which was 12 months."

Bennett has nurtured and supported some of the games troubled stars in the past, regularly getting the best out of the likes of Justin Hodges, Darius Boyd and Wendell Sailor, all of whom had chequered pasts.