The All Blacks wing Nehe Milner-Skudder's outstanding season has continued with the Manawatu flyer shortlisted for World Rugby's Breakthrough Player of the Year award. 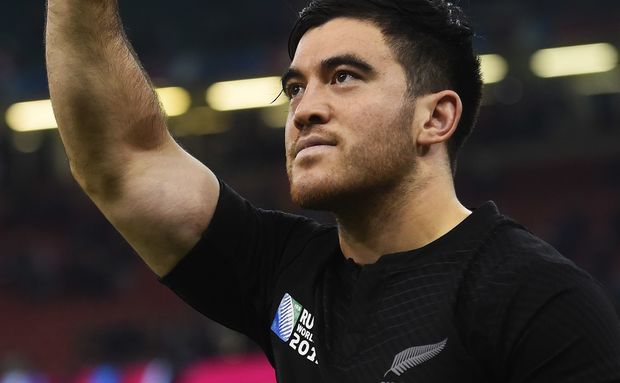 The winner will be revealed in London, on 1 November.

The other two nominees are the Scotland centre Mark Bennett and Georgia halfback Vasil Lobzhanidze.

The 24-year-old Milner Scudder scored twice on debut against Australia in The Rugby Championship.

He has started five matches at World Cup and continued his penchant for try-scoring doubles, crossing twice against both Namibia and Tonga in Pool C and then once in the quarter-final against France.

The 1999 World Cup winner and panel member the former Wallabies halfback George Gregan said, "All three nominees have been outstanding in their own individual performance and shown consistency which has seen them contribute in a huge way to how their teams have performed this year."

"They are all worthy candidates for this award but unfortunately there can only be one winner. I'm sure all three players have a bright future not only for their teams and the countries they play for but for world rugby in general. I really look forward to watching their careers."

In order to be eligible for the World Rugby Breakthrough Player of the Year award, players must have played less than one year of senior international rugby.

The highly-rated centre made his Test debut in the win over Argentina last November, having previously represented Scotland at age grade level and sevens. One of only five players to start every Six Nations match in 2015, Bennett recovered from a shoulder injury to make the RWC 2015 squad and has again proved a danger in the Scottish midfield in the tournament, scoring twice in the win over Japan and once against Australia. The 22-year-old has started all 13 of his Tests in a young Scottish backline.

The diminutive halfback made his Test debut against Germany in the European Nations Cup on 7 February and has quickly established himself as his country's number one. He wrote his name into the Rugby World Cup history books when he started Georgia's opening win over Tonga, becoming the youngest player in the tournament's history at 18 years and 340 days. Lobzhanidze also played against New Zealand and Namibia to help Georgia secure qualification for RWC 2019, all only four months after he inspired his country to a first World Rugby Under-20 Trophy title.

A stand-out for the Hurricanes in his debut Super Rugby season earlier this year, earning comparisons with his childhood idol Christian Cullen. The full-back come winger forced himself into the mind of All Blacks selectors as a result and made the most of his chance, scoring twice on his debut against Australia in The Rugby Championship. The 24-year-old has started five matches at RWC 2015 and continued his penchant for try-scoring doubles, crossing twice against both Namibia and Tonga in Pool C and then once in the quarter-final against France.