OPINION: The All Blacks and Springboks meet for only the fourth time ever in a Rugby World Cup this Sunday.

But the two teams were battling for global supremacy long before the World Cup came around in 1987 - and it's fair to say that both countries have grown up together along the way.

But this isn't a story about two playful kids sharing a healthy rivalry that matured into a respectable relationship. It's about politics, apartheid and racism. It's about boycotts, protests and a secret tour.

Most of all, it's about denial. 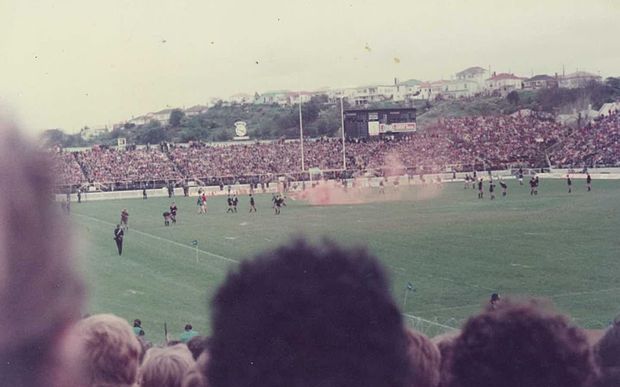 A smoke bomb is thrown onto the pitch at Eden Park in 1981. Photo: Wikicommons

We first met way back in 1921. We both had something in common: we'd spent some time beating the British comfortably at rugby before going off and dying for them in World War I.

After having it all our own way for a while, the mighty All Blacks finally had a decent rival. Things got even more interesting in 1937, when they showed up here and beat us in a series.

But, even though the early 20th century was hardly a time of racial harmony anywhere, something wasn't quite right with our new friends.

After World War II, they stopped letting anyone who wasn't Pakeha into South Africa - which was one of the reasons they thrashed us in 1949.

Apartheid denied rights to people based on their skin colour. But we turned our head the other way and said 'it's their house, their rules... anyway, the rugby's on'.

We got our own back in 1956 and were unofficially crowned world champions. Maybe that's why, through the '60s, most people in New Zealand kept denying apartheid was a problem.

While our heads were in the sand, everyone else was watching. The world didn't like the All Blacks and Springboks getting together so, in 1976, 30 African countries boycotted the Olympics because we'd toured South Africa that year.

It was 1981 when some in New Zealand confronted the fact that our old friends' behaviour wasn't acceptable, and that hanging out with them was wrong. 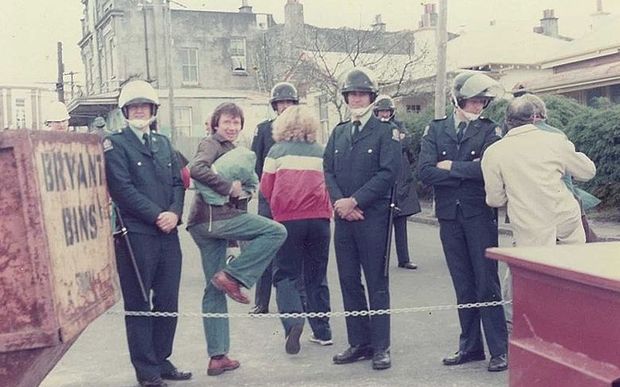 The entry to Eden Park before the 1981 match between the Springbok and All Blacks. Photo: Wikicommons 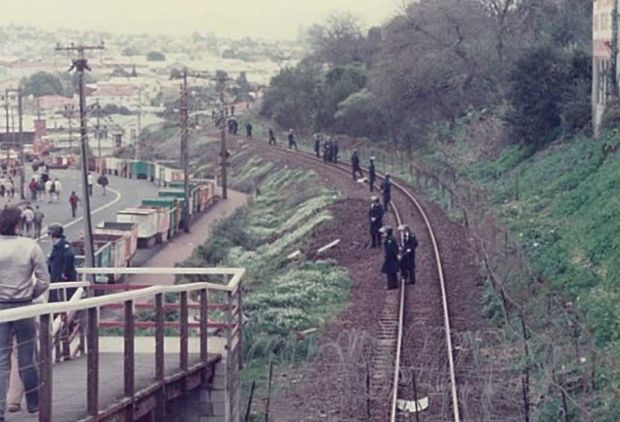 The year saw protests against the visiting Springboks, but the then prime minister Robert Muldoon argued New Zealand was a free country, and politics should stay out of sport.

Sport and politics don't mix, especially when the rugby's on.

After that, as the story goes, the 'Boks were banished. But the NZRU was still playing the denial game and planned a tour to South Africa just four years later. It made it as far as a courtroom, where an injunction stopped it in its tracks.

In 1986, New Zealand's best players denied the supposed mythological importance of the All Black jersey when they snuck out in the middle of the night on a rebel tour to South Africa.

The Cavaliers, however, were marketed as the All Blacks when they played the Springboks.

South Africa finally got rid of apartheid so we got to play with our friends again and not be made to feel bad about it.

We were even part of their ceremonial coming of age, the 1995 World Cup final - the cinematic shining moment in the rebuilding and reconciliation of South Africa. Since then they've flown their new flag and represented their new Rainbow Nation.

Dealing with the past

So they grew up, but did we? It took the NZRU until 2010 to apologise to the All Blacks that were excluded from touring South Africa based on their race.

Though they only did so after the South African sports minister sent out an apology letter a week beforehand.

There's little acknowledgment in New Zealand of the Olympic boycott, other than the occasional question about why there were no Africans in the 1500m race where John Walker won his gold medal.

The Cavaliers were banned for a whopping two games and most of them found themselves back in an All Black jersey the following year.

But South Africa is alright now. Stop bringing up the past and shut up, the rugby's on.

It's doubtful that you'll find a South African that won't admit their country is still full of problems, whether it's crime, poverty or lingering racial tensions.

The Springboks themselves constantly have the issue of having to include a quota of black players and other people of colour, as do many other areas of South African employment. It's one way they're confronting their past and dealing with it.

You can't deny the All Blacks and the Springboks have a titanic rivalry. It's produced some of our most iconic sporting moments and fostered an indelible connection with South Africa.

Without the Springboks, the All Blacks wouldn't be the team they are, but a lot of how it got to be that way is pretty shameful.

So this Sunday morning, the two teams will take the field and we'll all hold our breath, because the rugby's on.

But sometimes there are more important things happening. Don't deny that.

More in this series