OPINION: It's finally getting interesting. The elimination phase of the Rugby World Cup has sparked the competition into life.

There's an all southern hemisphere semi-final for the first time in the competition's history, albeit courtesy of some controversial refereeing - but then that's all part of of the drama of a World Cup it isn't it?

Remember referee Wayne Barnes and the 2007 Cardiff quarter-final against France? You don't? That's right, it's all been erased from our memories in the wake of Sunday morning's nine try win! 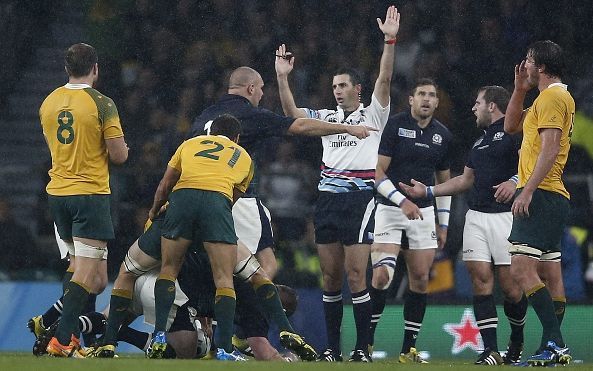 No doubt there's plenty of concern among the Six Nations powers, with no Northern Hemisphere representation in the top four.

England went by the way early on, becoming the first host nation not to make the elimination phase.

Italy, too, failed to get out of pool play while Ireland, Wales and Scotland have now all failed to make the final four.

The Six Nations are no doubt feeling more like 'the Sick Nations'.

For New Zealand, Australia and South Africa making the semi-finals is not a surprise. Most pundits were picking it, although the Australians have certainly been over-rated and the South Africans got a major fright in their pool loss to Japan.

No tries in their narrow 15-9 win over Wales in pool play, the Wallabies have only scraped into the final four with a controversial penalty to edge out Scotland 35-34.

They will be desperate to get the likes of David Pocock, Israel Folau and Scott Sio back on the field for next week's semi against Argentina. Their hopes of making the final surely depend on it.

The All Blacks: what more can we say? Nine tries, including a hat-trick to Julian Savea, showing what we all knew they were capable of but were wondering when we'd see it.

Perhaps all the gales we got around the country over the weekend arose from the huge collective sighs of relief from All Black fans around the world.

It showed they should now go onto to win the tournament but even if they don't, they have at least shown the world they are the best team at the tournament.

Four years of competition in the Rugby Championship is paying dividends for the Argentina.

Their domination of Ireland surely signals a shift in power for the South Americans.

At this World Cup they have shown us expansive back play which has been lacking over the past decades. Their forward pack has generally provided a stern test but they now have another dimension to their play, with enthusiastic and capable backs, as Ireland found out.

Ireland were without key players through injury or for disciplinary reasons, but that's all part of playing a World Cup. The depth of a squad will be tested. 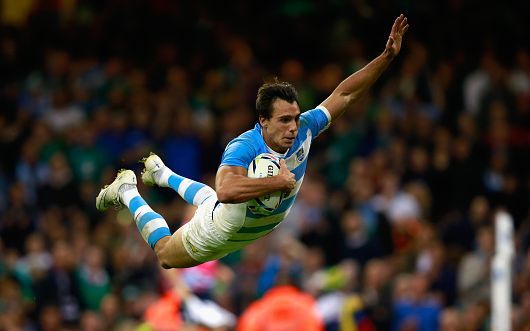 Pumas player Juan Imhoff with a celebratory dive as he scores against Ireland in their World Cup quarterfinal win. Photo: Getty Images

Argentina is a nation on the rise rugby-wise. Over the next few World Cups they will only get better, with an Argentinian side set to join the Super rugby competition, it will give many of their players who scattered around Europe to opportunity to play together more often.

For the globalisation of the sport Argentina's advancement is a good thing. It opens up another continent for rugby.

While several of Scotland's players were left in tears after their dramatic loss to Australia, the result is heartening to a degree for them too - for, after years of underachieving, the Scots now rate themselves genuine Six Nations title contenders. 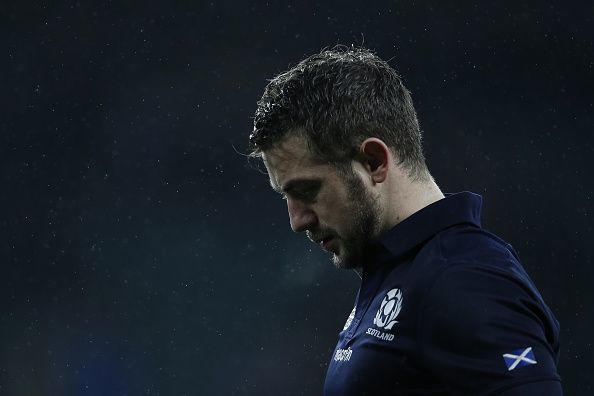 It hasn't stopped Scotland great Gavin Hastings from demanding South Craig Joubert never again be allowed to referee a Scotland game after he sprinted from the field after calling time on the game.

So four Southern Hemisphere teams in the semi-finals, will it mean a seismic shift in the balance of world rugby power?

For the likes of England still hold sway due to their financial heft. There is some hope though that things could be changing around the board table at World Rugby.

This tournament was not a happy one for the Pacific Nations with Fiji, Samoa and Tonga all failing to get past pool play or even gain automatic qualification for 2019 but there is some optimism that each of those South Pacific nations could get a representative on World Rugby's top table, rather than the current situation with a sole Oceania representative.

So changes could be in the offing - but only at a glacial pace.